AND NEW…. VSK rises to the top for record 3x; Results from Upper Limits 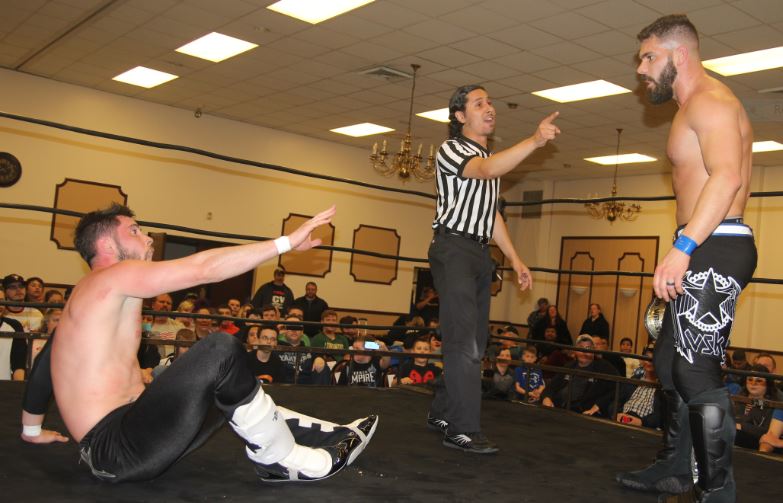 The last time VSK and EJ Risk fought, Risk broke the record and became the first VPW wrestler to hold every championship, King of New York, and the Gold Rush Rumble.  At Upper Limits, it would be VSK to break a record by winning the VPW championship for a third time.

Unsatisfied with his win, Grammar Cop attacked Spiral after the match. This lead to the surprise of The Giant Andre, who left Grammar Cop out cold after a double choke slam

VSK came to the ring and made it clear that tonight he was going to take the title from EJ Risk and become a three-time VPW champion, and that despite being best friends with Risk, this was going to feel so good.

After the match, Tibbs challenged Caster to a Kiss My Ass match at Fans Choice. He also mentioned that the fans will choose the stipulation for White Girl and Sam L’Eterna at Fans Choice in June!

PICK YOUR POISON
JAY DELTA CHOOSES STEVE GIBKI’S OPPONENT
This time, it was the New York State champion who got to pick the opponent for his opponent in June. Along with Kevin Fulton, Jay Delta announced Gibki’s opponent, who would absolutely destroy him.

What will happen when Victory Pro Wrestling gives the power to the fans and allows them to make stipulations at Fans Choice 7 in June? 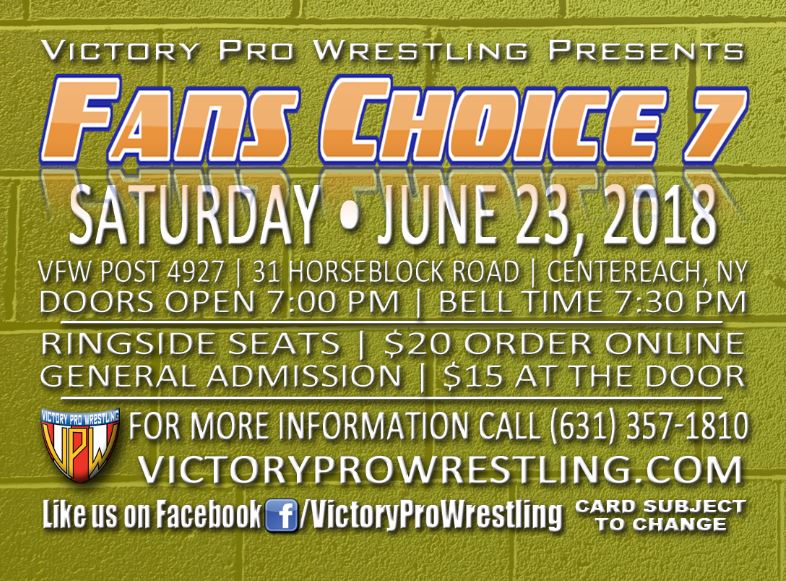