Can Tibbs triumph in the King of New York Tournament? 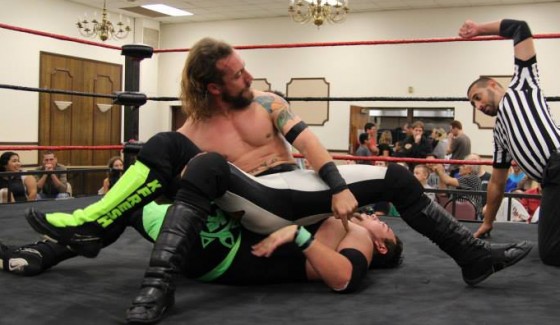 It all started in 2008, when a young Kevin Tibbs teamed up with Kevin Fulton as the Funky Fresh Boyz.

The former “K-Funk” was the favorite to be the first ever King of New York.  His high-octane style of wrestling was intense.  ConfluxXx tried to take him out before the show, but with one good leg, he made it to the finals.

A year later, wrestling at 100%, he felt it was his time to shine, but a kick gone awry by then-best friend VsK cost him the Crown in 2012.

Since then he’s won and lost the VPW Championship, and with several epic battles under his belt, Kevin Tibbs wants one more chance to become the best wrestler in Victory Pro Wrestling.

Sidetracked by his recent feuds with Amazing Red and K-Fresh Kevin Fulton, winning the 2014 King of New York tournament and becoming the number one contender to the VPW Championship could be just the motivation the “Savior of Wrestling” needs to main event once again.