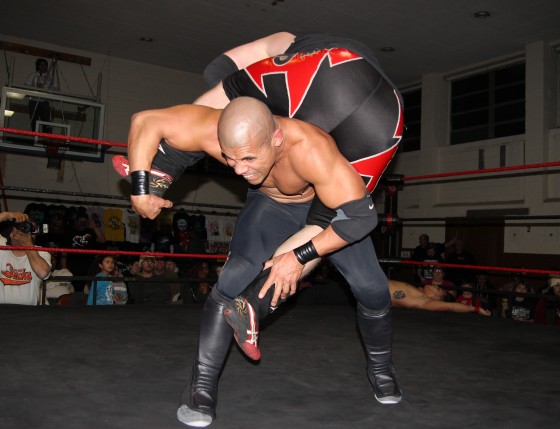 Upset that Amazing Red pinned him to advance to the finals of the King of New York for the second year in a row, “The Cuban Crippler” Ricky Reyes called out Red’s best friend “Man of Faith” Brian XL. 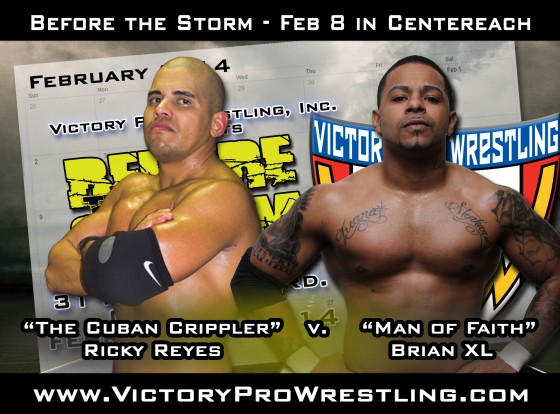 At Beyond the Storm, Brian XL will answer that challenge.

Reyes is the leader of none – a once strong ConfluxXx that once held the VPW Tag Team Championships, the Crown of New York at the same time is down to just Reyes alone, with Xander Page AWOL, Jay Delta still nursing his broken jaw, and EJ Risk kicked out of the group a year earlier.

The once cocky Cuban Crippler is now frustrated.  His stable is all but gone, and he has been unable to capture the Victory Pro Wrestling championship from rival VsK.  His last chance to main event the 8 Year Anniversary Show and potentially capture the Victory Pro Wrestling championship in the biggest show of the year has slipped away from his grasps.

Looking to take his frustrations, Reyes targeted the one man he blames for his fall from grace in 2013, Amazing Red.  Suffering yet another loss to Red, Reyes looks to try and capitalize on Red’s friendship with Brian XL as a way of retribution.

But Brian XL is no slouch.  Being Amazing Red’s best friend and tag team partner, Brian XL has also trained with Red.  They practice together, and you have to assume they learn from each other.

It’s quite possible that Reyes is underestimating Brian XL, but it’s that attitude that may cost him in the long run.