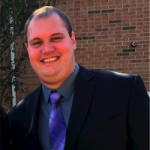 Victory Pro Wrestling returned to the Sports Arena in St. James, NY for a jam packed Blood, Sweat, and 16 years. Saturday’s show was the 16th anniversary of VPW. It was headlined by a No Disqualification match between the Victory Pro Wrestling Champion Johnny Collins and the challenger Mister Tibbs.

Bobby Orlando and Mike Anthony started out the match with a war of words. Orlando told Anthony that he was his mom which set Anthony off. Orlando also displayed some of his funny antics in the beginning of the match to get under the skin of Mike Anthony.

The two began fighting outside of the ring. Orlando got the crowd involved by holding up Anthony to be slapped by the VPW faithful. However, Anthony was able to re-take control of the match and began taking the fight to Bobby.

Orlando bit Anthony and was able to get back into the match. He then made his way to the top rope, but Anthony was able to counter the move and regain control of the match. That didn’t last long though as Orlando was able to quickly gain momentum again.

As Orlando was setting up Anthony for a big move in the corner, Anthony brings in Bobby Jr. This distracted Orlando and allowed Anthony to hit Orlando with his finisher, giving him the victory.

Dr. Cool challenged Alvarez to a match and Alvarez accepted. Alvin began the match by having some fun with Dr. Cool. Alvarez wore the stethoscope and taunted Dr. Cool playing mind games to get in his head. The match was back-and-forth between the two men to start.

Alvarez made his way to the ring. Dr. Cool and Silk E. Smooth made their way out to the ring next. The crowd was ready to see Alvarez finally get his hands on The Giant Andre. However, Dr. Cool and Smooth had other plans.

However, thanks to Smooth, Dr. Cool gained the upper hand on Alvarez. Dr. Cool remained in control for a good portion of the match. He then slapped Alvarez in the face, and this just irritated the big man. Alvarez hit Dr. Cool with a clothesline and helped him regain the momentum. Alvarez was able to hit his finisher to win the match.

Jack Tomlinson made his way out to the ring and grabbed a microphone. He went on to say that after subscriber stomping Kaide and getting rid of him at the last show, he wants to get back on the path to VPW gold.

“THE VESTLER” JACK TOMLINSON VS. THE EVEN STEVENS

Stephen Azure says that Tomlinson doesn’t want this match, but it does happen. Tomlinson takes both of them out right off the bat. However, thanks to heel tactics by the VPW Tag Team Champions, the Even Stevens take over.

The Stevens set up Tomlinson for a double suplex but Tomlinson counters and hits them both with a double cutter. Tomlinson then hit a subscriber stomp on Stephen Azure, but Steve Somerset breaks up the pinfall. The Even Stevens then both attack Tomlinson and don’t abide to the tag team rules and get disqualified.

After the match, Mr. Tibbs snuck in from the crowd to save Jack Tomlinson. Tibbs takes out both Stevens with a pipe and hopes to even the playing field for his main event match tonight against the VPW Champion, Johnny Collins. q q q

Both men make their way out to the ring. Phil Cardigan comes out second and they both danced during his entrance. When the match started, Cardigan decided he has to stretch, Brother Greatness joins him. However, Brother Greatness tries to clothesline Phil out of nowhere, but Phil counters.

Cardigan was finally able to get to his coffee and drink it. This made him “caffeine” up and got him back into the match. After some more back-and-forth wrestling, Brother Greatness made his way to the top rope to attempt to hit a big move on Cardigan. Cardigan was able to counter and hit his finishing move for the win.

Both men gave each other a fist bump as a sign of respect to kick things off. The match started with some chain wrestling where both men were trying to gain momentum. However, neither could and it was a solid back-and-forth match in the beginning.

James was soon able to take over the match and remain in control through all of the offense Cole tried to muster against him. James showed why he was the New York State Champion for as long as he was. The crowd was firmly behind Cole throughout the match. Cole was able to get back into the match with a flurry of slaps to the champion.

Mike Anthony attacked Phil Cardigan during intermission to try and weaken him up for the finals of the King of New York tournament that would be taking place later that night.

THE WOLVES OF ODIN vs. THE HOUNDS OF HATRED

When they reached the ring, Kaide grabbed a microphone and says that the three men on the other team he trained, and they weren’t his best students. This prompted “Bad” Brad Benson to debut and attack the Hounds of Hatred from behind.

Kaide, Brad, and Drago left the hounds laying, and they were down a man as Bo had to be taken to the back. Bam grabbed the microphone and said that they were fine with three on two. So, the scheduled match became a handicap match.

Mouse and Drago started for their teams. In the beginning, it was a solid, back-and-forth match between the two teams. However, that didn’t last long. The Wolves had the numbers game working in their favor, and this prompted them to take control.

Mouse was finally able to tag in Bam. Bam came in the match ready to go and he took everyone out. Bam gets taken out by Drago and Brad. We then see a cool “tower of doom” spot in the corner that showed Mouse taking the brunt of it.

Bo was able to make his way back to the ring after being cared to by the medical team, tagged into the match, and started brawling with Kaide immediately. Bo was able to gain the upper hand and Kaide was now put in a 3-on-1 situation with the Hounds of Hatred. Each member of the Hounds hit their finisher on Kaide and they were able to pin him for the victory.

WINNERS: THE HOUNDS OF HATRED

After the match, Drago and Brad took out Bam Sullivan and Mouse. Kaide was alone in the ring with Bo Sullivan. Out of nowhere, Kaide shot a fireball into Bo’s face and doctors rushed the ring. The Wolves then take out the Assistant to the VPW Commissioner James M Sullivan. This prompted VPW Commissioner Kevin Fulton to come out and suspend the Wolves of Odin indefinitely.

The match started off very hot and very fast. The two began brawling almost immediately, picking up where they left off at intermission. Anthony quickly was able to gain the upper hand, but Cardigan showed a lot of will-power fighting back.

Both women made their entrances into the arena and the fans were behind Little Mean Kathleen from the start. The match started off with a collar-elbow tie-up between both women. It showed some back-and-forth wrestling in the beginning, but Valentina was very quickly able to gain the upper hand.

Little Mean Kathleen was able to fight back into the match thanks to her explosive offense. However, Valentina is quickly able to put a stop to it. Valentina controlled the match for a little while longer, but Kathleen was finally able to turn the tide in her favor.

Valentina rolled outside the ring to grab a chair and brought it in the ring, but the referee quickly noticed and threw the chair outside. While the referee was doing that, Valentina thought up another idea and gave Little Mean Kathleen the VPW Women’s Championship belt. Valentina laid down and when Referee Raul Lopez turned around, he disqualified Little Mean Kathleen because he thought she hit Vasquez with the belt.

Tibbs tells Collins right off the bat that he will mess him up. The bell rings and Collins tries to run outside the ring already. Tibbs meets him outside and the two begin to fight outside of the ring and into the crowd.

The two men made their way to the entrance way and that is where Collins took over. Collins hit Tibbs into the guardrail and gave him a suplex in the entrance way. The two then continued to brawl through the audience and just beat the hell out of each other.

Collins is able to send Tibbs into the chair in the corner and follows that up with a spear for a two-count. Collins pulls a door out from under the ring and sets it up in another corner of the ring. He tries to spear Tibbs through the door but Tibbs catches him and throws him through the door.

The other members of Pretty Likeable – Stephen Azure and Steve Somerset, who was still nursing his knee – come out to aid Johnny Collins. Tibbs fights both Steven’s off and goes for the pin on Collins. Steve Somerset was able to break up the pinfall by pulling the referee. This pissed off Tibbs and Tibbs locked in a figure four leglock on Somerset. Collins then tries to break it up but Tibbs countered with an ankle lock – while simultaneously keeping the figure four on Somerset.

Stephen Azure makes the save for Somerset and Collins and takes Tibbs out. It turns into a 3-on-1 situation for Tibbs and things look bad for Tibbs.

Jack Tomlinson and Bobby Orlando make the save and take out the Stevens.

Meanwhile back in the ring, Collins spears Tibbs through another door and pins him to retain.

What will happen when Victory Pro Wrestling returns to the Sports Arena in St James for VPW 151: Power Grab?

VPW TAG TEAM CHAMPIONSHIP
THE EVEN STEVENS vs SECURITY INC

Scott graduated from Farmingdale State College in May of 2020 with a bachelor's degree in Sports Management. He is a staff writer for Fansided, Daily DDT, Eyes on Isles, and The Jet Press. Scott is also a stage four cancer survivor.