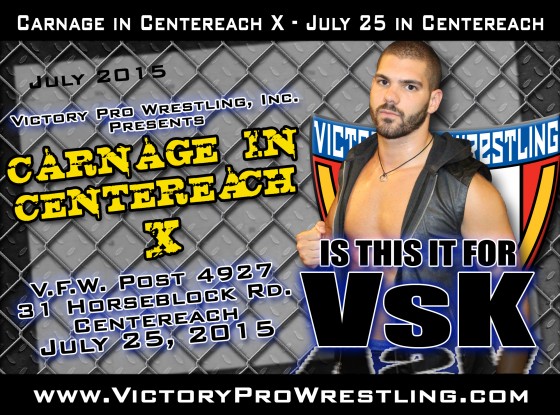 One thing we know about VsK is that he has the heart of a champion.  Since he first joined Victory Pro Wrestling, he set his sights on being the best. But that’s all for nothing if he can’t win July 25.

Early in VsK’s career, he captured the New York State championship.  He became VPW Tag Team Champion.  And he rose to the top by becoming the Victory Pro Wrestling champion.  He’s fought in cages, in ladder matches, and no disqualification matches.

VPW Commissioner EJ Risk has been pushing VsK to be a better competitor.  Facing the likes of Scotty 2 Hotty and Mr. Anderson, VsK has been challenging Jorge Santi for the New York State Championship, the title that started VsK’s success in the first place.

Is this the end of the line for VsK in Victory Pro Wrestling?  Or will he find a way to beat a man he hasn’t been able to beat in six months? 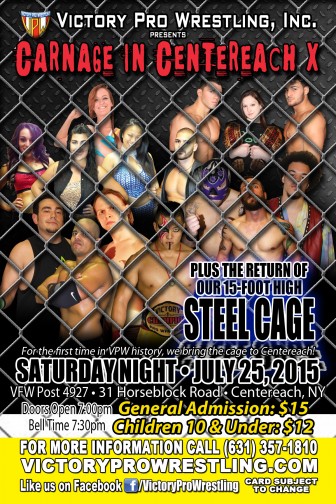 NEW YORK STATE CHAMPIONSHIP
Firebird Jorge Santi defends against VsK
If VsK loses, then he will be banned from VPW

What will happen at
CARNAGE IN CENTEREACH X?