K-Fresh out indefinitely after brutal attack by Church of Tibbs 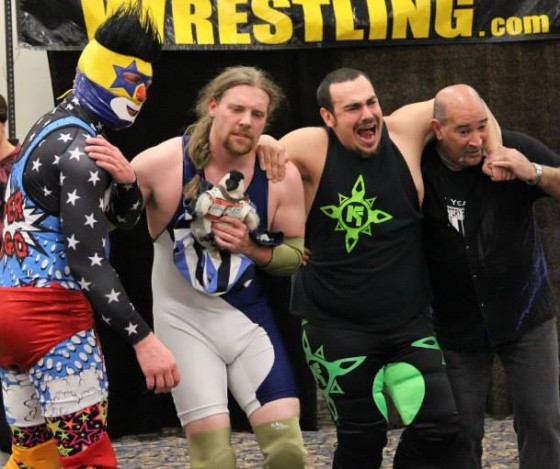 K-Fresh Kevin Fulton and the New Super Best Friends were on their way to a win in Centereach, but a pinfall victory was stolen when Kevin Tibbs smashed a guitar on all three of them.

An attack fueled by anger did more than just cause a disqualification.

The former New York State Champion’s knee was targetted by Tibbs in this brutal attack, and as first reported by Victory Pro Wrestling’s Twitter page, Fulton was injured in the attack.

BREAKING NEWS: K-Fresh Kevin Fulton was injured in an attack by the Church of Tibbs after their 6 man tag team match. Details to follow.

The report from the doctor was that his knee was severely injured. K-Fresh visited the doctor Monday, and the initial results were not good.

@VPWrestling Results are in, It’s a complete tear of my ACL that’s all I know now, will know more after some follow up appointments

VictoryProWrestling.com was told that Fulton would get a chance to address his fans when Victory Pro Wrestling returns to Deer Park for December Devastation.

We hope to have more updates from K-Fresh on December 14.