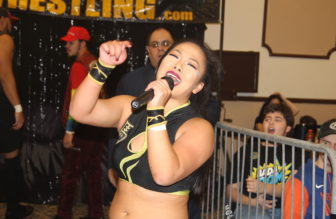 After teaming with Antoinette Marie to defeat Sam L’Eternal and VPW Women’s Champion White Girl, Karen Q took the VPW world by storm by announcing that she was tired of the guys getting the spotlight, and that at the next show February 10, when Victory Pro Wrestling returns to Centereach, there would be a Queen of New York tournament.

Karen Q also declared that the winner will be facing White Girl for the VPW Women’s Championship at our anniversary show, Blood Sweat and 12 Years in March, hinting that it would be her to win both the Queen of New York and the Women’s division top prize.

Could this be a vision of grandeur for the former VPW Women’s Champion?  It’s no secret that Karen Q is one of the top stars in the Women’s division.  She fought and clawed her way to the top by defeating the first ever champion Nikki Addams, but being the alpha female in Victory Pro Wrestling changed her mindset.  First loved by fans, she turned her back on them and sided with none other than Jacob Hendrix.

Karen Q is also a top star in Ring of Honor’s Women of Honor, making her mark on the national level as well.  Being included in their tournament to crown their first Women of Honor champion, along with her declaring the Queen of New York as her chance to regain her VPW Women’s championship, may be tainting her vision as she’s seemingly overlooking the other competitors in the tournament. 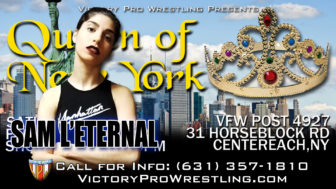 The Queen of New York tournament, Saturday February 10, will feature an opportunity for women that have been a part of VPW, along with new talent eager to prove they are championship worthy, including Sam L’Eternal, who recently left New York to train with former cruiserweight champion Lance Storm.

Along with other announcements VPW Management plan on making over the next few days, the first ever Queen of New York is a historic event for Victory Pro Wrestling and the Women’s division. 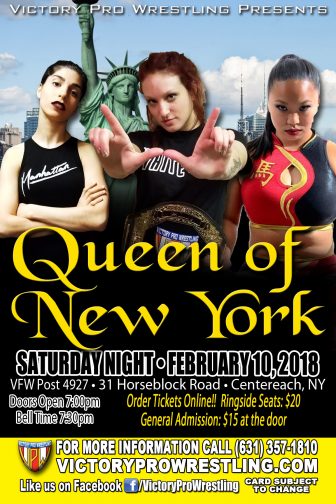 THE FIRST EVER QUEEN OF NEW YORK
Saturday February 10

General Admission will also be sold at the door