Katana steals the win, can he repeat against EJ Risk in Deer Park? 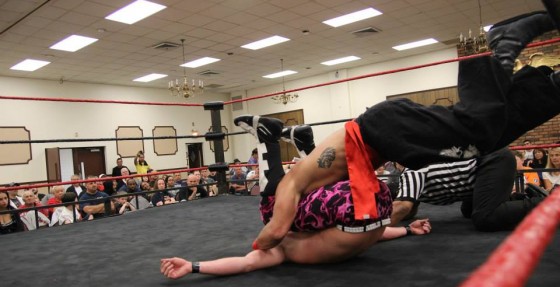 Since coming to Victory Pro Wrestling in 2012, Kai Katana launched an onslaught on every opponent he’s faced.

In one of the hardest fought matches he participated in, just a year after invading VPW he captured the New York State Championship by defeating K-Fresh Kevin Fulton.

At Boiling Point, EJ Risk challenged for the New York State Championship, and Katana showed a different side to him, one fans had not seen before.

With his feet on the ropes, the Asian assassin stole the win against the Gold Rush Rumble winner.

Victory Pro Wrestling Management felt this was not a fair outcome and signed a rematch for Autumn Uproar between EJ Risk and Kai Katana for the New York State Championship.

Will Katana steal another win, or can EJ Risk take the title in Deer Park?