This year’s tournament featured The Influence, three stars that have all achieved VPW royalty. Mister Tibbs, Eric James, and Jay Delta have all been crowned as King for a combined six times.

The first match featured Mister Tibbs, the former VPW champion, against Lance Anderson. Despite his dominance, Tibbs allowed his frustration to get the better of himself, leaving a chance opening for Anderson to pull out an upset that brought the VPW faithful to their feet.

Jay Delta faced the challenge of the Notorious Dezmond Cole. In the end, the three-time King of New York was too much for Cole to handle, but it was a competitive challenge that could have gone to Cole’s favor. With Commissioner Kevin Fulton and Puppet Jay Delta on the outside, the numbers were not in Cole’s favor. While he did lose, this was one of the Notorious one’s best matches in VPW to date.

The Throwback Eric James met the adrenaline rush that is Ryan Galeone in a crazy match that kept the VPW faithful at the edge of their seats. Between James’ experience and Galeone’s unpredictable offense, we can add this match as a candidate for 2020 Match of the Year. Commissioner Fulton got involved, despite earlier in the match being sent to the back by James, who told Fulton that he was able to win the match on his own merits.

The Rock Star Above You Karlo Vice made his King of New York debut against the Deathmatch Asgardian Stockade. Stockade had control of the match early on, but Vice rocked and rolled his way back to prominence. However, despite missing the first time, Stockade connected with a vicious gore to advance.

The semi-finals of the King of New York show will continue when Victory Pro Wrestling returns to Centereach at Before the Storm on Saturday February 22. Who do you think will advance and become the new King of New York? 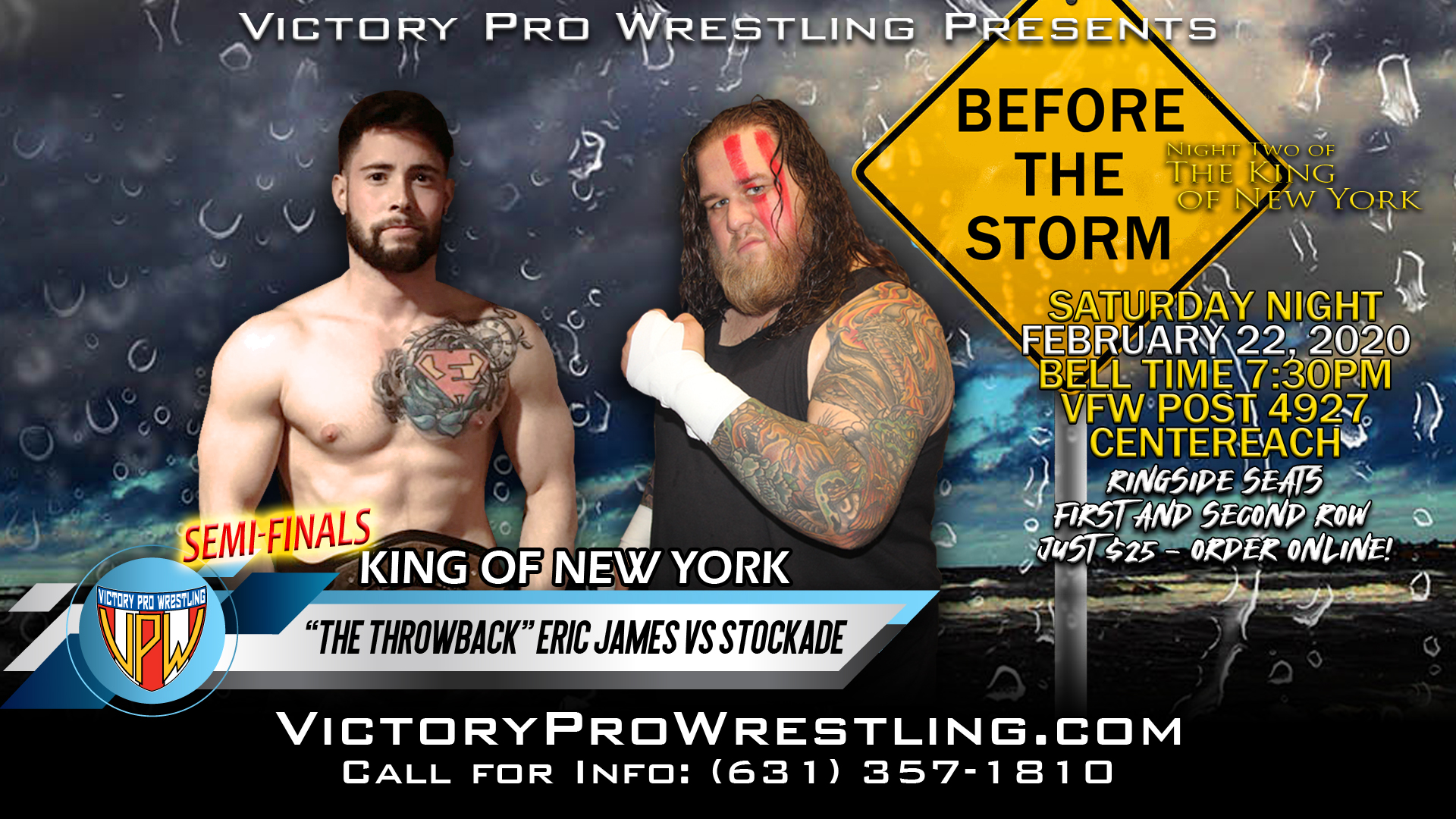 King of New York First round semi-finals announced: Eric James takes on Stockade at Before the Storm 2/22 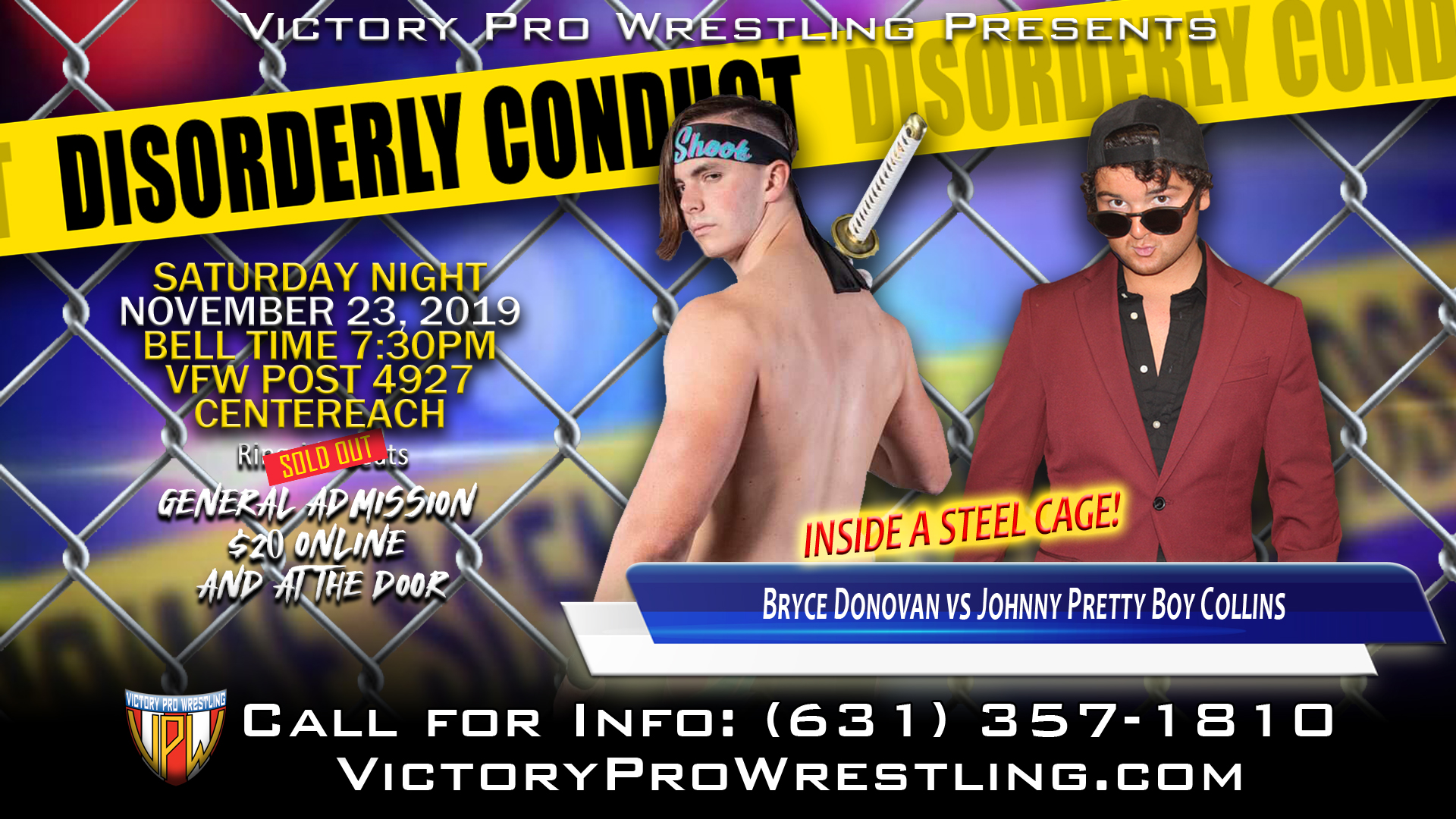 Can cage contain Collins? Donovan wants to find out at Disorderly Conduct Nov. 23