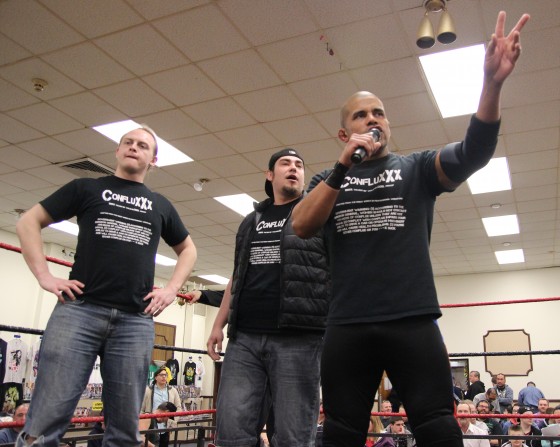 The Cuban Crippler Ricky Reyes addressed the crowd in Centereach at Spring Fever 2014, stating that EJ Risk was not there to defend the title because he was afraid of Ricky Reyes, afraid of losing the title.

He didn’t care what kind of match the fans would choose, either.

With the votes from the Centereach fans and the fans online at VictoryProWrestling.com, here are the results:

An overwhelming 68% of VPW fans chose the Long Island street fight, a no-rules anything goes encounter, for the New York State Championship.

Can EJ Risk successfully defend the title against his former partner, friend, and leader of ConfluxXx, or will the Cuban Crippler live up to his words and become the first ever two time New York State Champion?  In a match where anything can happen, ConfluxXx members Jay Delta and Kevin Fulton may play an important role.

With the odds stacked against him, Risk is a man alone against the world.