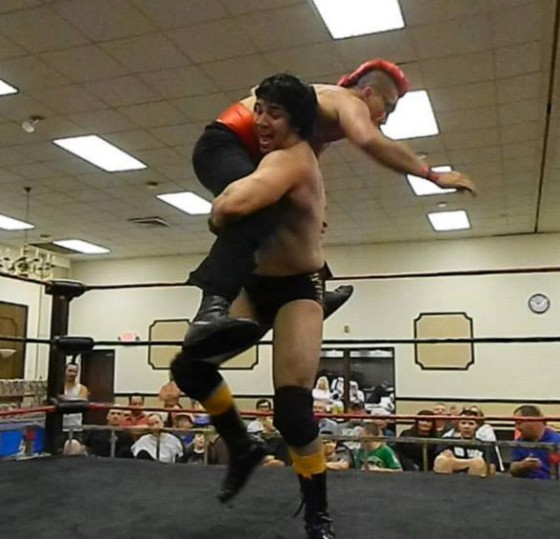 In 2007, a young Jorge Santi started his professional wrestling career, stepping in the ring of Victory Pro Wrestling.  A rocky start did not hold him back, but made him stronger, as Manhattan’s son would learn to fly with the best of them.

Santi has taken every chance, every opportunity, to rise to the occasion, to become great.  Whether it was the Gold Rush rumble, several fans choice matches, or championship opportunities, he came to Victory Pro Wrestling to win.

In 2012, the Firebird added a new set of letters to his resume, joining Ring of Honor’s young, hungry roster.  While he did spread his wings, he never forgot where home was, as he continues to challenge himself and his opponents in Deer Park or Centereach.

Saturday night January 25, Jorge Santi has another chance to prove to his fans and to the rest of Victory Pro Wrestling that this is his time, and that he is ready to become royalty.

He is one of the Northeast’s hungriest lions.  Becoming the King of New York would cement his legacy, escalate him to the main event of Victory Pro Wrestling’s 8 year anniversary show, and propel him to the top of the contenders list for the VPW Championship.

What will happen at the
King of New York
tournament?