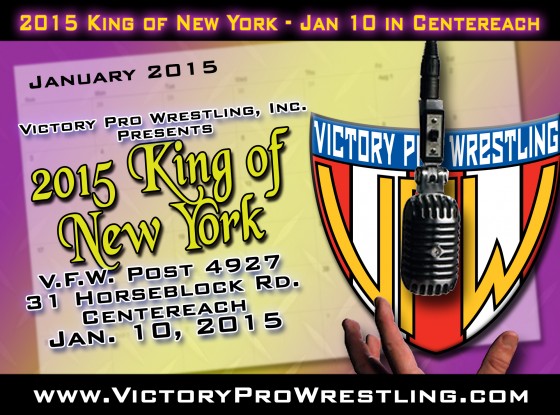 With the 2015 King of New York just days away, what does it bring to the future of Victory Pro Wrestling?

Historically, the winner of the tournament has gone on to further success.  EJ Risk, the 2011 and 2012 King of New York is a former VPW Tag Team and New York State Champion, and is now the VPW Commissioner.  The 2013 King of New York, Jay Delta, headlined main events for the VPW Championship before breaking his jaw in a match against VsK.  And the 2014 King of New York, Kevin Tibbs, is the only person to hold all three VPW championships and the Crown of New York.

It is also a chance for new VPW stars to shine under the lights of one of wrestling’s most prestigious tournaments.  The three round tournament, featuring two triple-threat matches in the second round, has left fans salivating for more, sometimes providing unique matches.  In the 2014 tournament, Da Hou$e Party Cooley K faced off against his own partner K-MC!

This year, some new VPW superstars look to show they belong in the same ring as VPW veterans VsK, Kevin Tibbs, and VPW Champion Ricky Reyes.  Fighter Cat, a young talent from Eastern Long Island, looks to excite the fans with his fast-paced style.  New VPW Tag Team Champions Steve and Tony from The Down Boyz have been rumored to show interest in the tournament as well.

But VictoryProWrestling.com has it’s sights set on one VPW newcomer that somehow seems familiar.  The Rebel With A Cause, Mr A.O., has his sights set on making 2015 his year, starting with the King of New York.

What does this mean for the rest of the VPW roster? 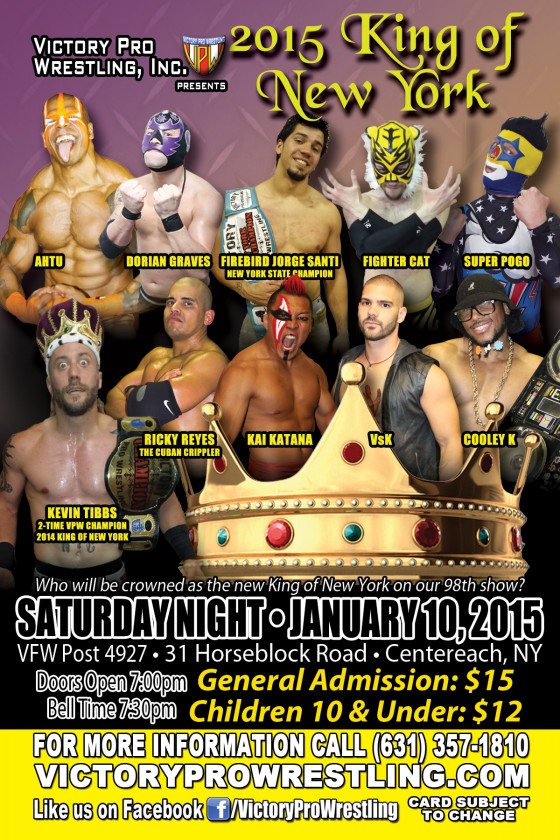