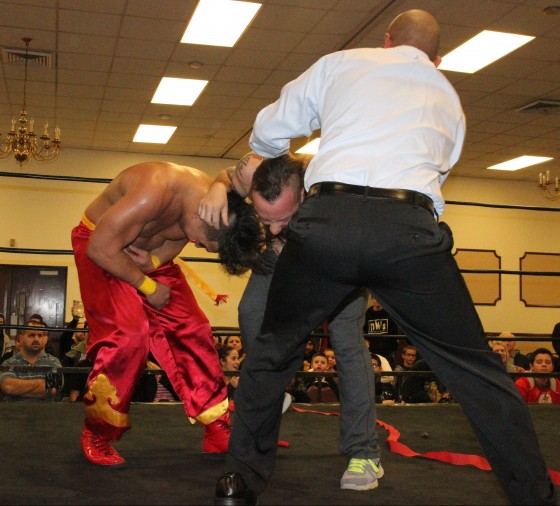 With the number one contender Kevin Tibbs and new King of New York Kai Katana set to challenge Reyes for the the VPW Championship,VPW Champion Ricky Reyes tried to send a message to his opponents: Bring it.

The ConfluxXx leader doesn’t feel the challenge as much of a threat.  After all, Reyes is the newest member to Victory Pro Wrestling’s Triple Crown Club with his title victory in December. 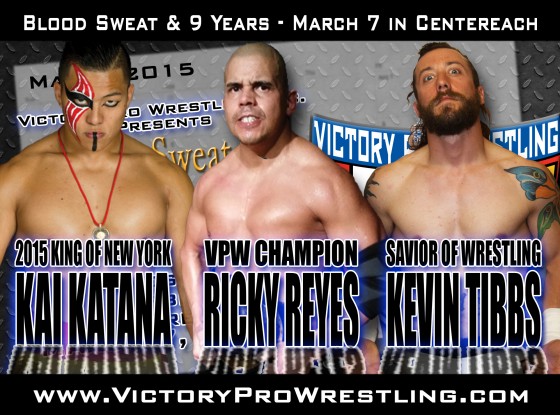 He also has history on his side, as it won’t be the first time Reyes and Tibbs step in the ring together.  Their history goes back to when ConfluxXx first invaded VPW and have intertwined since, from the Steel Cage Survival match in 2011 to the VPW Championship in 2014.

Reyes and Katana on the other hand have been on the opposing sides of the ring on just one occasion: the 2014 King of New York Tournament.

This poses a question: Does Kai Katana pose a threat to Ricky Reyes?  This is a certain unknown in Victory Pro Wrestling, but the heralded international superstar that reigned as Ring of Honor World Tag Team Champion has been around the world and has seen the likes of some of the greatest talent in professional wrestling.

If you look at the win-loss record between Kai Katana and Kevin Tibbs, Kevin Tibbs is the dominant superstar.  In fact, Katana has not won a match in which he was in the same ring with Kevin Tibbs.  This certainly tips the odds in the favor of Tibbs, or does it?

Tibbs is gunning for his third VPW Championship.  Katana is looking for his first taste of the title.  And Reyes is looking to start a long, dominating reign of ConfluxXx terror with Victory Pro Wrestling’s top prize hostage. 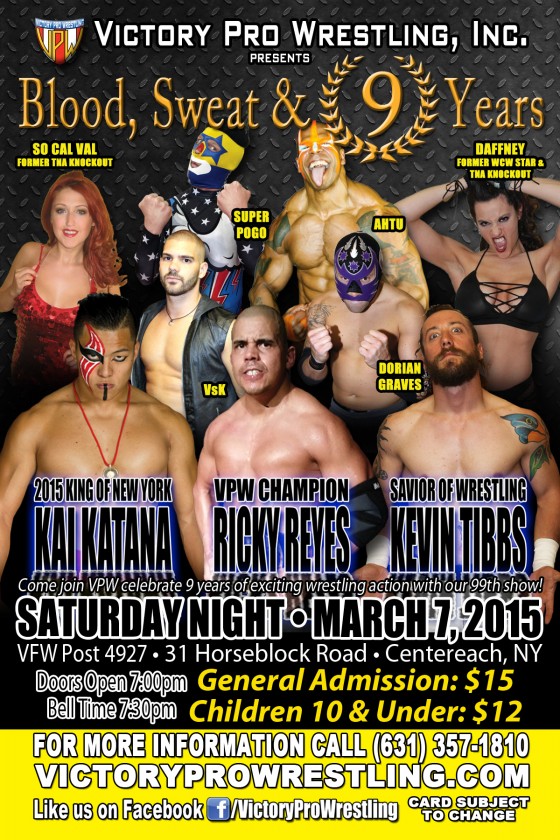