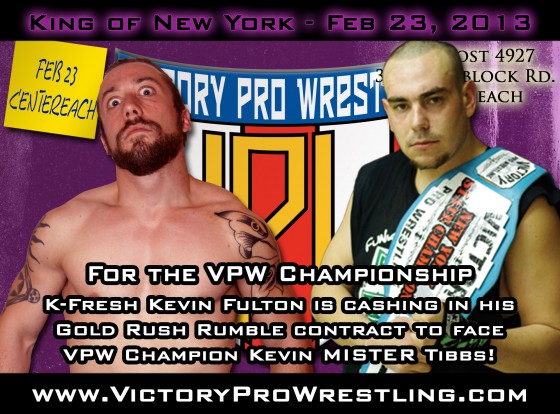 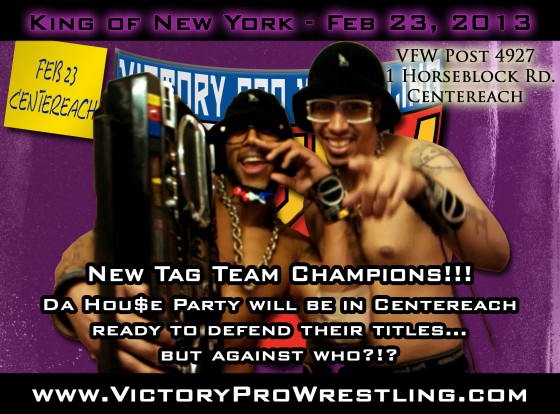 VPW Tag Team Champions Da Hou$e Party will be in Centereach
They came to Victory Pro Wrestling, saying they wanted to be the champs.  They beat the teams of Amazing Red and Brian XL and Eclipse (Xander Page and Jay Delta).  They then beat Eclipse.  Eventually they challenged the champions Ricky Reyes and EJ Risk, and finally, in October, they became the VPW Tag Team Champions.

Unable to defend the titles due to the aftermath of Hurricane Sandy, the newly crowned tag champs are ready to bring the house to Centereach, and they don’t care who they face. 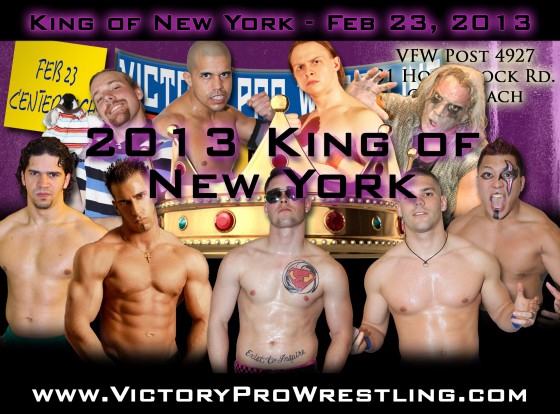 2013 KING OF NEW YORK TOURNAMENT
And our annual 12-wrestler tournament to crown the 2013 King of New York! Can EJ Risk win the tournament for the third year in a row?

EJ Risk seems to think so, but VsK begs to differ.  Plus, who are the other entrants to the tournament?