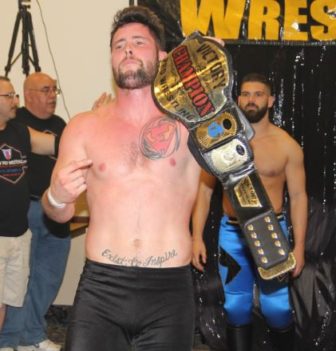 He expected a chance to regain what he felt was rightfully his.  In fact, buzz in the locker room was that VSK was ready to take back the Victory Pro Wrestling championship from EJ Risk, who he had lost to at Blood Sweat and 12 Years in March.

Kai Katana, indirectly, had other ideas.

The new champion started Spring Fever by running down the fans who he said forgot him when he was hurt.  When he retired from wrestling, the fans never reached out to him.  It took his betrayal of his best friend VSK for fans to start noticing EJ Risk was back.

He then talked about VSK, and about his exciting match against him a month earlier.  How he proved once and for all that he is truly the better wrestler.  How it was time for him to move past him and into the future with a challenge to anyone in the locker room who thought it was their time to shine against EJ Risk.

Enter:  Kai Katana.  His time to step up was now.  He mentioned that VSK’s reign started with the end of his, and that it was time for Kai Katana to rise again.  Katana challenged Risk to face him that night in the main event.  After VSK came out to state what he felt was the obvious, Risk passed him over, granting Katana his request and accepting his challenge.

VSK was not done, though.

EJ Risk grabbed his title and headed to the back, escaping the end of his match with Katana that was clearly not going his way.  As the referee was counting the champion out and calling for him to return to the ring, Risk backed into a waiting VSK, lurking behind him.

The attack by VSK that followed cost Katana his chance at becoming champion, but it also showed his anger at being overlooked.  VSK reminded Risk that his time was numbered and that at Upper Limits, his reign as champion will end. 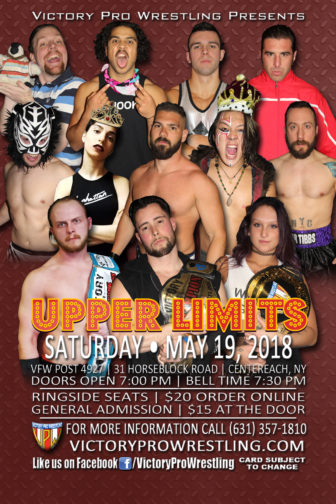