Some of the matches for May 11 when Victory Pro Wrestling visits Islip High School have been announced! 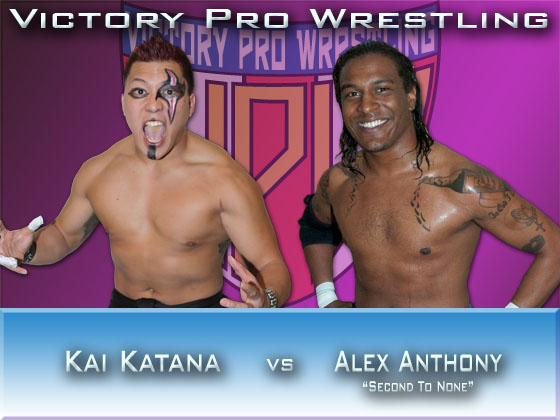 Victory Pro Wrestling visits Islip High School Friday night May 11, and here are some of the matches already signed!

“Second to None” Alex Anthony faces off against VPW newcomer Kai Katana.  Kai has been coming to VPW shows over the past few weeks, taunting VPW wrestlers Brian XL and El Conquistador, but nobody knows why.  Will we have answers in May, or will the carnage continue?

One half of the VPW Tag Team Champions “The Cuban Crippler” Ricky Reyes goes up against Amazing Red.

At the VPW Night of Charities show in Deer Park, Reyes with partner EJ Risk fought against Red and his partner Brian XL to a no-contest.  What will happen when these two square off against each other in singles competition? 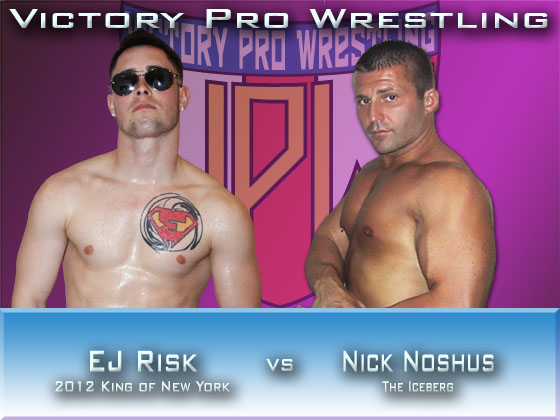 Also at the VPW Night of Charities show in Deer Park, “The Iceberg” Nick Noshus challenged the 2012 King of New York EJ Risk after Risk and Reyes attacked him in the ring.

Will Nick Noshus get his revenge, or will Risk and the rest of ConfluxXx take out “The Iceberg” when they meet in Islip?

And in tag team action, the team of Eclipse (ConfluxXx’s Xander Page and Jay Delta) will face off against VsK and the VPW New York State Champion “K-Fresh” Kevin Fulton in another chapter of chaos between ConfluxXx and VsK and “K-Fresh”.

This time, they fight the fight without Mr. Tibbs, who told everyone that he was done being behind VsK and became the new VPW champion in the same night.  Will VsK and “K-Fresh” be able to overcome the loss of their best friend or will ConfluxXx take advantage of the situation?

Find out the answers to all these questions and more when Victory Pro Wrestling visits Islip High School, Saturday night May 11. 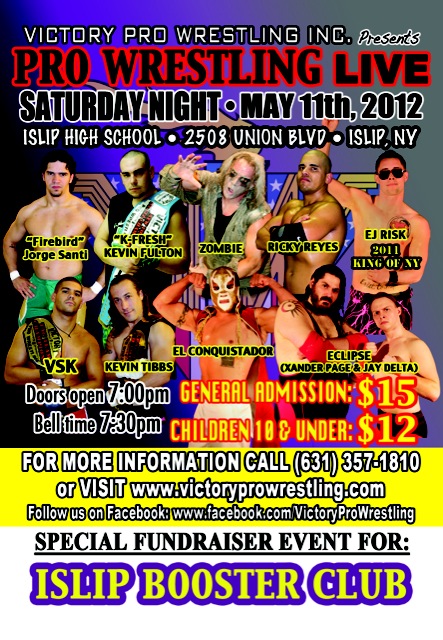