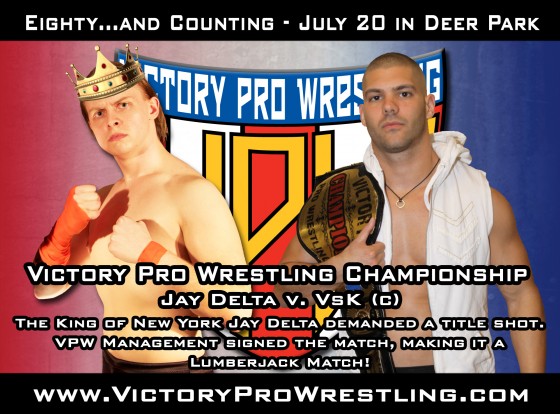 At Upper Limits, 2013 King of New York Jay Delta demanded a title match against the Victory Pro Wrestling champion VsK.  During the show, VPW Management confirmed the match for “Eighty…and Counting” on July 20.

After the show, VPW Management confirmed that due to the history between ConfluxXx and VsK that in order to keep the action in the ring, this would be a lumberjack match!

“I am the ruler of the kingdom, and I will soon be it’s champion,” decreed Delta.

What will happen when these two collide in the ring?  Can VPW Management find enough wrestlers to contain the action inside the ring?