Who will win the Gold Rush Rumble?

Saturday night August 25, Victory Pro Wrestling presents the Gold Rush Rumble, where 20 wrestlers will fight for the right to challenge for any VPW championship they want.

Last year, VsK won the Gold Rush Rumble.  Then he chose K-Funk to team together and challenge for the VPW Tag Team Championships.  They won, defeating Eclipse, and added their names to wrestling history.  Since then, their friendship fell apart, K-Funk demanded respect, and VsK stands on the outside looking in, with his once-best friend Kevin MISTER Tibbs holding the top prize in VPW.

But then there’s Kai Katana.  The relative newcomer to VPW made an impact since his debut in May, knocking off everyone in his path.  For some reason, he interfered in the main event at the Carnage in Centereach VII show, costing VsK a chance to become the VPW Champion.  What are his motives, and why is he going after VsK?

VsK already guaranteed that he’d win the Gold Rush Rumble, and that he’d eliminate Kai Katana in the process.  He already said that when, not if, he wins that he will challenge for the VPW Championship and show Tibbs that he is the best wrestler in VPW, but what if he doesn’t win?

Who else stands a chance to win the Gold Rush Rumble? 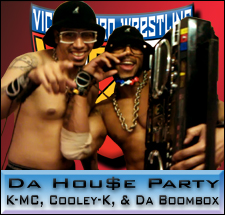 The former “All Money i$ Legal” team of Cooley-K and K-MC would leapfrog over Eclipse and be able to challenge for the VPW Tag Team Championships, currently held by Ricky Reyes and EJ Risk.  This amazing and dynamic fan favorite tag team could be the next tag team champions, but ConfluxXx will do anything they can to stop them from achieving this goal.

They are, already, in a tag team match against Eclipse that night, but history has shown that anyone can participate in the Gold Rush Rumble, even announcer Jerry Fitzwater!

The newcomer from the Pacific Islands has already made a splash with the fans and with the locker room.  Nobody knows what his intentions are, and even when caught in an interview by VPW-TV, the only thing he said was nothing at all.

Does he want to win the Gold Rush Rumble, or does he just want a piece of VsK?  He’s been in VPW for only a few months, but nobody still knows anything about him.

“Second to None” Alex Anthony 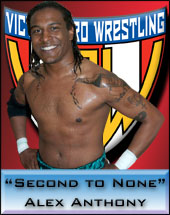 He’s had an opportunity to shine, and while he lost, he did give VPW Champion Tibbs a run for his money.  He won an impromptu battle royal to earn a number one contender’s chance for the title.  With that win, and the chance of winning the top prize at his fingertips, he may just have the desire to reach for the stars one more time and win it all again.

Little by little, Santi has shown signs of growth in VPW.  The fans have supported him, and at the Gold Rush Rumble, the Firebird may have what it takes to rise above and become the next Rumble winner.  But is the hunger strong enough for Santi?  Is he ready to soar?

Before the show, every VPW wrestler in the locker room will draw their entry number to see when they start in the match.  Nobody will know who will start, or when they will come to the ring, until that night.  Already, the element of surprise is against you in this match.

But what about wrestlers you don’t expect in the match?  We have seen in the past, former VPW superstars come down the aisle for a chance to win it all.  Announcers, managers, even women have participated in the Gold Rush Rumble!

With the odds stacked so heavily against you, who can really predict a winner? 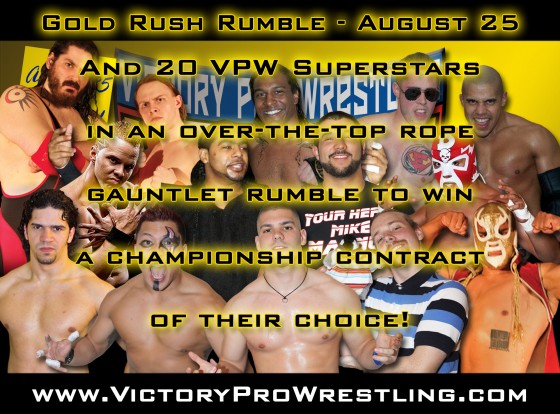