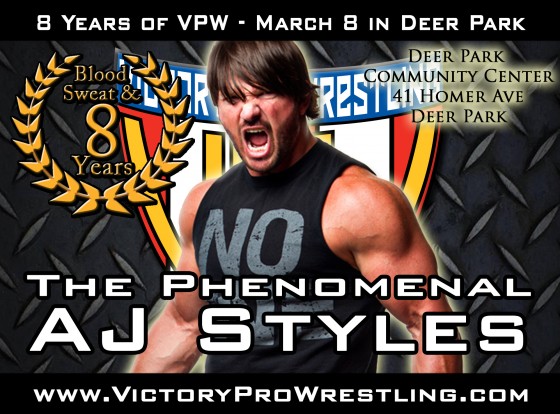 And with the Phenomenal One coming to VPW, 2014 King of New York “Savior of Wrestling” Kevin Tibbs already has his sights on Styles.

With Tibbs leading the Church of Tibbs to attack VsK, “K-Fresh” Kevin Fulton, and Amazing Red after the main event at “Before the Storm” this past weekend, VPW Management has taken note and will make an official ruling later this week.