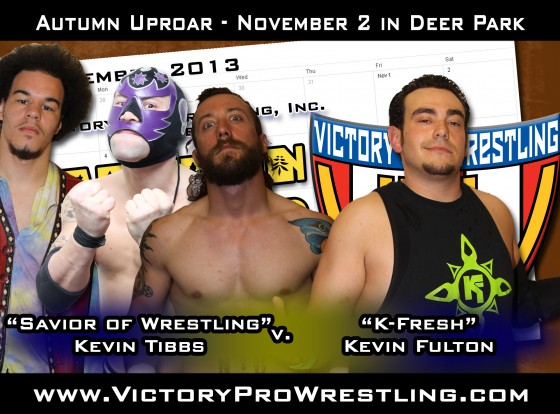 When he was Victory Pro Wrestling champion, Kevin Tibbs defended the title in a non-sanctioned street fight against K-Fresh Kevin Fulton.

At Boiling Point, Tibbs and Fulton fought again, with Tibbs coming out on top again.

But the turn of events that ended their contest led Victory Pro Wrestling Management to grant another match to K-Fresh to face his former tag team partner.

Kevin Tibbs even agreed to the deal, but said he had some stipulations.

“Ever since I broke the mold that VPW wanted me to conform to,” said Tibbs, “they conspired to hold me down and keep me from proving that I am the best wrestler here.”

“They would never give me a title shot,” Tibbs continued.  “I had to take it, and when that German idiot Josef Von Schmidt was handing out open challenges, I took it and I proved to him and to everyone else that I am not VsK’s sidekick, that I am the best wrestler in Victory Pro Wrestling!”

When asked about his match against K-Fresh this Saturday, he said, “That’s just another conspiracy against Kevin Tibbs.  I already beat that idiot last month, but VPW wants to give Fresh another chance.”

With a stern look, Tibbs continued.  “I’ll give him another chance, but on my terms.  On my conditions.  And this Saturday night in Deer Park at Autumn Uproar, I will finally be done with you, Fresh.  No more excuses, no more crying in the back to all your stupid little friends.  And without you blocking my view, I will finally be free to prove once again why I am the Savior of Wrestling and become the VPW champion!” 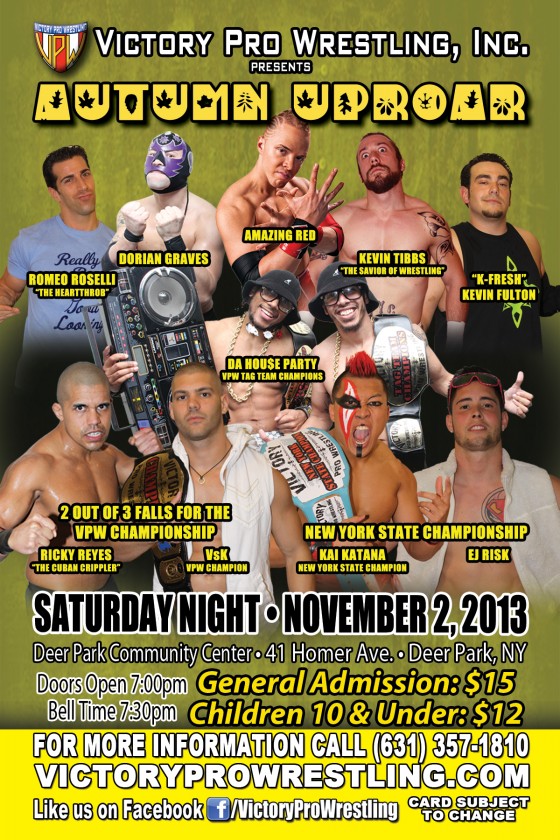