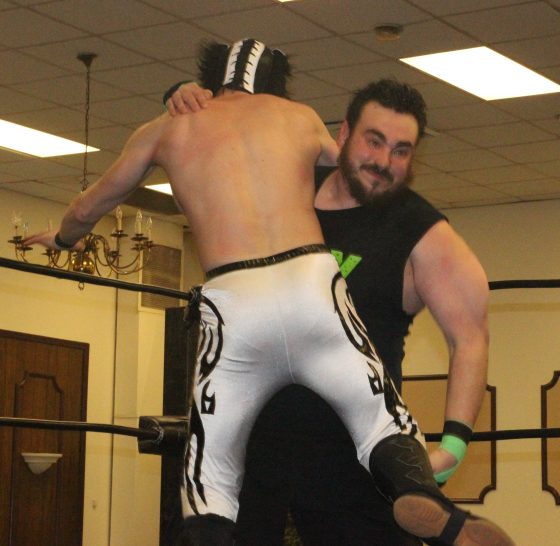 With the opportunity to become King of New York, both Fighter Cat and Kevin Fulton had other ideas in their qualifying match.

ConfluxXx muscle Kevin Fulton had been taunting New York State Champion Fighter Cat several times, not really sure how VPW management would let a “cat” step in a wrestling ring.

At the King of New York, Fighter Cat showed Fulton the fire and desire behind the mask.  In their first round match with Howie Timberche and eventual tournament winner Dorian Graves, Fighter Cat dug his claws into Fulton and the two continued to fight in and outside the ring.

Eventually, their battle ended up in the locker room area where VPW management was able to pull them apart, all the while ignoring the obvious goal – win their match and step closer to the Crown.

How will this fare for the New York State champion as Victory Pro Wrestling’s Blood Sweat and 11 Year anniversary show approaches?

Go to ShowClix and get your tickets today!