My first assignment as a journalist for Victory Pro Wresting was to catch up with and interview the New York State Champion Kevin Fulton following the 6 Year Anniversary Show in Centereach. It was a bittersweet night for the scrappy brawler from Freeport, New York. Even though he managed to stave off Jay Delta to retain his championship, his two best friends did not fare as well as he did.

Not only did VPW Tag Team Champions VSK and Kevin Tibbs lose the titles, but Tibbs rocked VPW to its very foundations by turning his back on VSK and kicking him in the head. Now, “K-Fresh” finds himself in the middle of a fight between his two closest friends, while at the same time still waging war against Conflux. 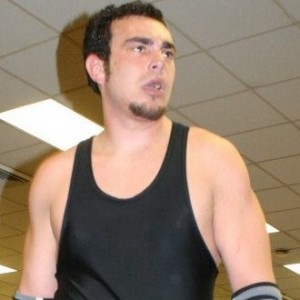 Jack Thompson: “K-Fresh, you won your match against Jay Delta. What was your strategy going into that match?”

Kevin Fulton: “They say that practice makes perfect, and I’d say that I’ve had plenty of practice against not only Jay Delta, but the big dumb red goon [Xander Page] he had at ringside. If nothing else Eclipse and the rest of Conflux are predictable. These past couple of years I have learned to have eyes in the back of my head. You can count on Conflux to cheat and I just waited for Page to slip up, taking himself out of the equation. And Delta has never stood on his own. Ever since he got here he’s been hiding behind that fat mess Xander Page. Once you get Delta alone, the rest is simple.” 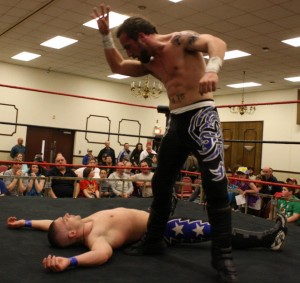 Thompson: “The big news from the anniversary show was the outcome of a different championship match, one that saw your two best friends losing the VPW Tag Team Championships, and your one time partner Kevin Tibbs turning his back on the fans as well as VSK. What do you think happened?”

Fulton: “It’s hard to say, both of those guys are headstrong and very passionate about what they do. Both of them like to take the lead, it’s actually why Tibbs and I made such a good combination. I was more passive, I let him take the lead and it worked for us. VSK is very similar to Tibbs in that aspect, and that’s not the best combination.”

Thompson: “So you think it was a simple clash of egos?”

Fulton: “I wouldn’t call it egos. They’re both great guys and I hope we come out of this, but Tibbs has a deep passion for professional wrestling. He wants to be the best, and I guess he feels the way to prove that is through VSK.” 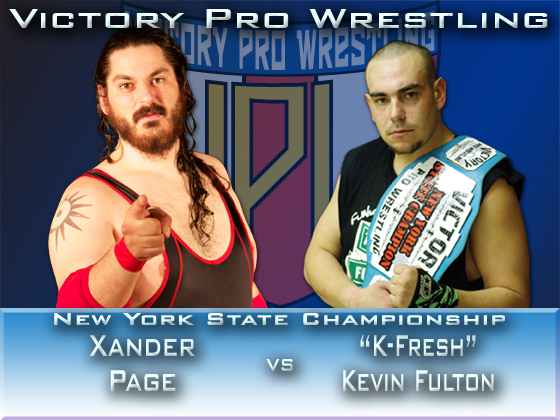 Thompson: “After your victory over Jay Delta, you challenged his partner Xander Page for your New York State Championship on March 31 in Deer Park. Most men wouldn’t want to step into the ring with that beast, yet you requested it. Why?”

Fulton: “For entirely too long, Conflux ruled this place with an iron fist. They used cheap tactics to control the championships and they kept the pressure on me and my friends. I then decided that enough was enough and I took the fight to them. I went after Ricky Reyes and I kept at it until I beat him and became the New York State Champion. Jay Delta tried to take my title away so I took the fight to him, staying on the assault and once again emerging victorious. Now that I’ve taken care of half of Conflux it’s time to focus on the enforcer. Page has been one of the best weapons that Conflux has got. The man is an absolute monster and I personally know what sort of damage he can cause. But I’ve dealt my own fair share of damage to him and come out on top more often than not and you can rest assured that when it’s all said and done on March 31 in Deer Park, this New York State Championship will still be around my waist.”