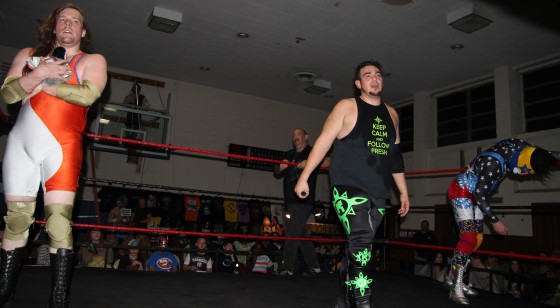 The Church of Tibbs did everything they could to try and eliminate K-Fresh Kevin Fulton at Autumn Uproar, including an after match attack just as he was about to beat “Savior of Wrestling” Kevin Tibbs.

All that did was fire up the former New York State champion after the New Super Best Friends saved him from a three-on-one attack, and after they were cheated a win from the Church of Tibbs.

In words he never thought he’d ever say, he wanted to team up with Razzle Dazzle and Super Pogo! to face the entire Church of Tibbs – Jacob Hendrix, Dorian Graves, and Kevin Tibbs – at Twist of Fate, Saturday night November 23, in Centereach.

The rivalry K-Fresh has had with his former tag team partner has escalated to include the whole Church of Tibbs when Kevin Tibbs changed the stipulation to his match at Autumn Uproar to a Gauntlet match. K-Fresh easily rolled over Jacob Hendrix, but Dorian Graves proved to be more of a challenge. He still overcame the odds and was a second away from defeating Kevin Tibbs when Graves and Hendrix attacked him. 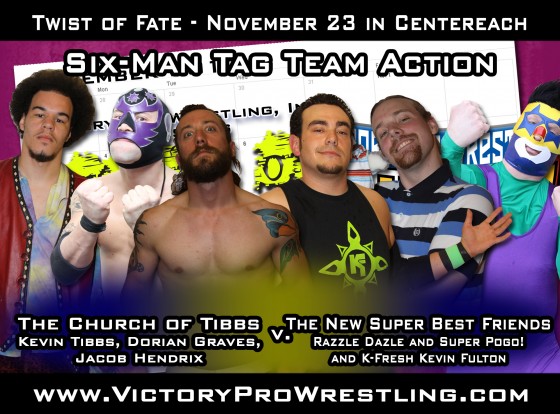 Not feeling the love from the Church of Tibbs, Razzle Dazzle and Super Pogo! stormed the ring to make the save. Tibbs then demanded Graves and Hendrix to right their wrongs and defeat the New Super Best Friends for failing to defeat K-Fresh.

They did win, but they cheated to do it, and K-Fresh felt it was best to settle it all at Twist of Fate in a six-man tag team match.

Will K-Fresh and the New Super Best Friends be able to work together, or will the dysfunctional Church of Tibbs show a united front and pick up the win?