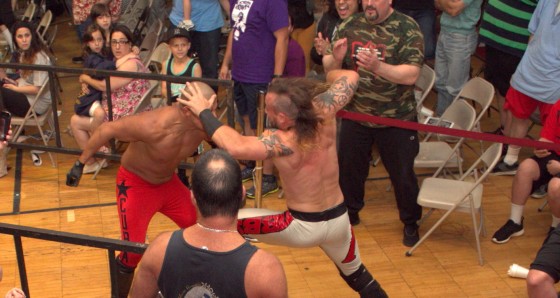 Two of the best wrestlers in Victory Pro Wrestling will collide again when VPW returns to Centereach for Carnage in Centereach IX.

The fallout between 2-time VPW Champion Kevin Tibbs and his opponent Ricky Reyes in their exciting main event match at Disorderly Conduct serves only as the backdrop.

Kevin Tibbs, the only man to hold two championships at the same time in VPW, looks to get some revenge on the ConfluxXx leader after a brutal attack after his successful title defense.

Ricky Reyes, on the other hand, has his sights set on taking the top prize Victory Pro Wrestling has to offer from the 2014 King of New York.

There are outside factors though.  Jay Delta and Kevin Fulton of ConfluxXx assaulted Tibbs and disicple Jacob Hendrix, leaving them for dead in the center of the ring, mocking them.

The masked disciple Dorian Graves was nowhere to be found, perhaps after another loss at Upper Limits against Jorge Santi, disappointing Church of Tibbs leader Kevin Tibbs.  Was he sent away by Tibbs, or was he not in Deer Park by choice?
The temperature will rise when Victory Pro Wrestling’s Carnage in Centereach IX returns to the VFW hall.  Who will survive, and who will burn? 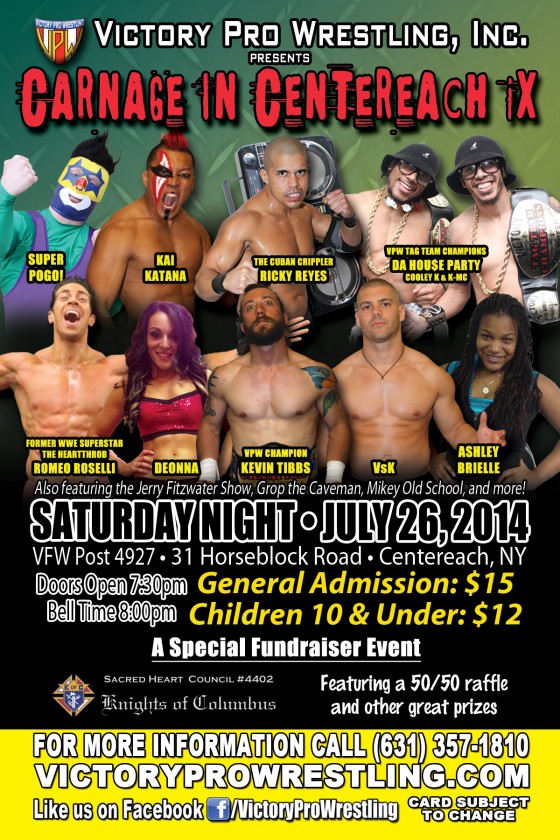