TNA Knockout and New York native Rosita will be facing off against former WWE Diva Jillian Hall at “Upper Limits” May 19 in Centereach.

What does she have to say about her opponent? 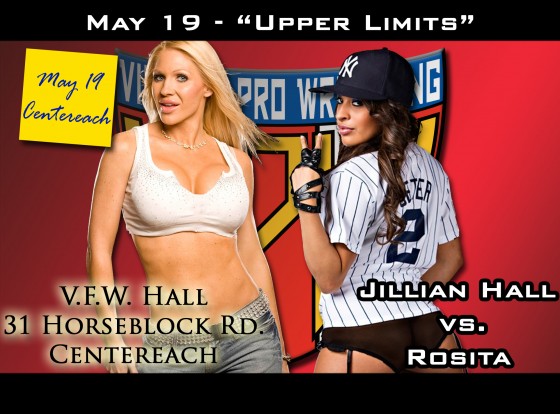 ALREADY SIGNED!!
Former WWE Diva Jillian Hall
vs.
TNA Knockout Rosita
They’ve talked about this match back and forth on Twitter
Will New York native Rosita represent with a win or will
Jillian Hall sing her way to victory? 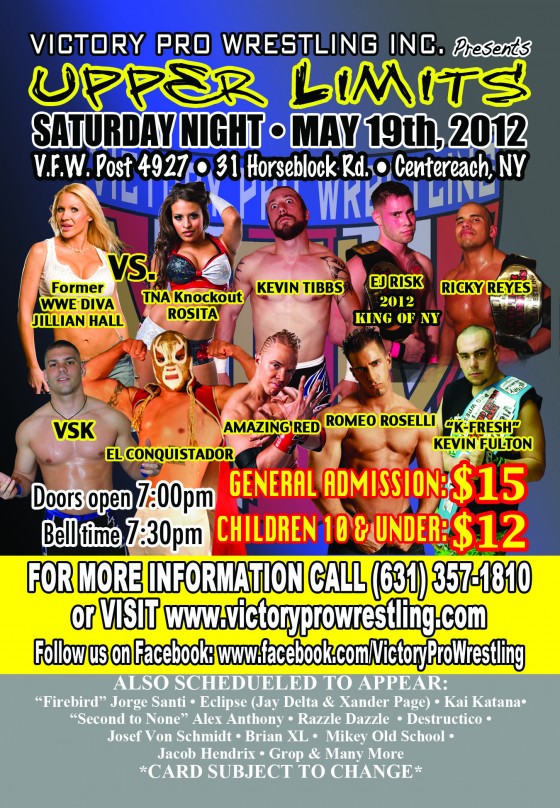