Victory Pro Wrestling is proud to announce that in addition to WWE Hall of Famer Rikishi, The Man Dinosaur Tyrus will be in action at our anniversary show! 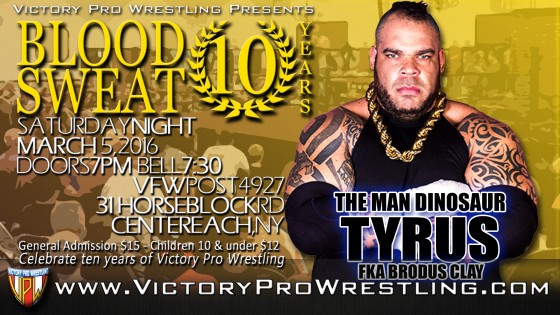 The online sale has ended, but you can still get tickets at the door!!! 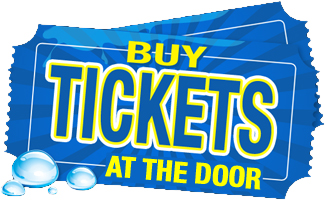 Available 3rd row seats will be available as a first come, first serve basis for $20. 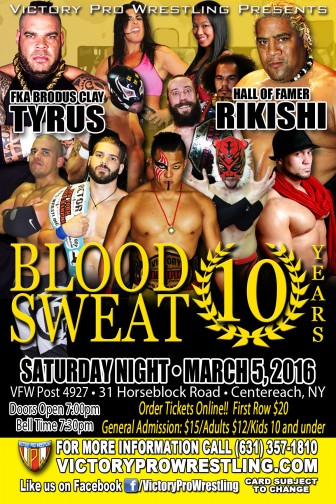 PLUS…
WWE HALL OF FAMER RIKISHI