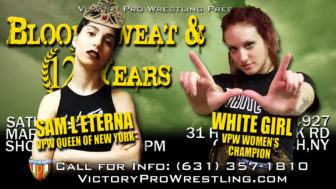 Nobody expected this. Karen Q, former VPW Women’s Champion, was the odds on favorite to dominate the Queen of New York tournament.  But on February 10, Sam L’Eterna clawed her way into VPW history to become the first Queen of New York.

This grants her more than just the crown.  She now has the right to challenge for the VPW Women’s Championship, currently held by fan favorite White Girl.

Find out what the new Queen has to say about White Girl and the VPW Women’s Championship match she has at VPW’s Anniversary show, Blood Sweat and 12 Years.

The Queen addresses her court and champion White Girl 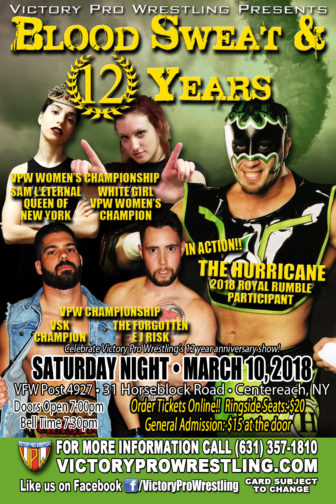