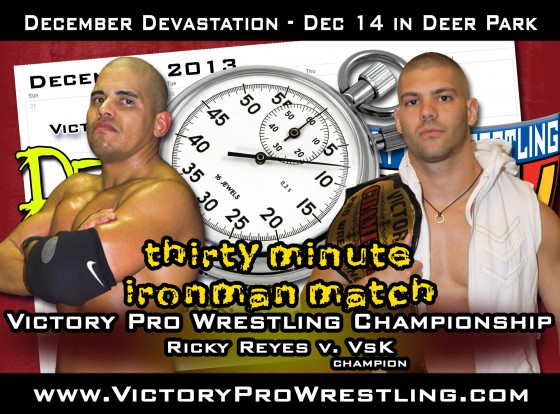 The Victory Pro Wrestling championship has been the center of some of VPW’s biggest rivalries, but none can compare to the one between current champion VsK and “The Cuban Crippler” Ricky Reyes.

At December Devastation, Saturday night December 14, at the Deer Park Community Center in Deer Park, they battle one last time for the top prize in Victory Pro Wrestling.

Both competitors have met up with VPW-TV recently to share their thoughts about the upcoming match.

The challenger, Ricky Reyes, has declared that December 14 will be an important day that everyone will remember. VsK promises to show the world he is the best wrestler in Victory Pro Wrestling.