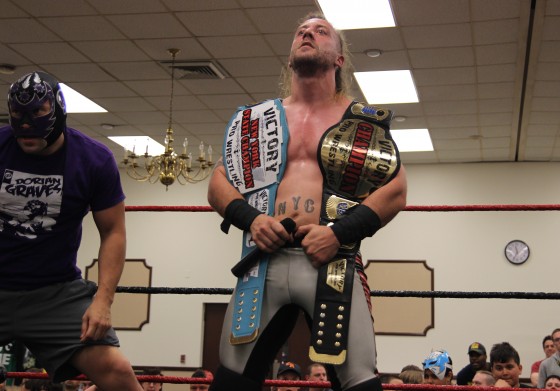 He had an opportunity to become VPW Champion, and after a 30 minute Iron man match against VsK, Ricky Reyes couldn’t get the job done.

After chasing VsK for a year, Kevin Tibbs finally regained the VPW Championship inside a steel cage.

Reyes felt that he was more deserving than anyone to be champion.  He also feels ConfluxXx is the most dominant force in VPW.  With the VPW Tag Team Championships, the New York State Championship, and the King of New York as standards for ConfluxXx’s claim to dominance, the same can be said about the Church of Tibbs. 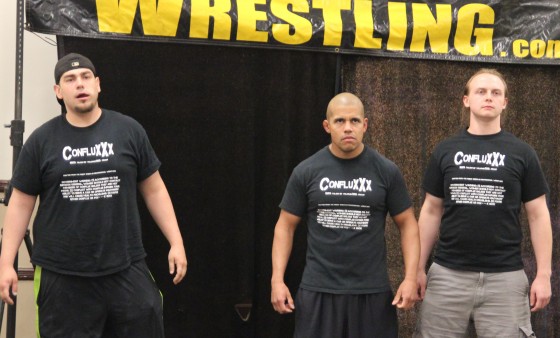 Tibbs himself is the current 2-time VPW Champion, the new New York State champion, and the 2014 King of New York.  He is a 2-time former VPW Tag Team Champion and the second VPW Triple Crown champion in company history.

Dorian Graves, however, is on a losing streak since joining the Church of Tibbs.  Jacob Hendrix, as unlikely as it seems, is one of the hottest wrestlers in VPW right now and has been dominating his feud with Grop the Caveman.

Jay Delta’s last match was against VsK, and he suffered a broken jaw for his troubles.  Kevin Tibbs broke a guitar over Kevin Fulton’s knee, tearing his ACL. Xander Page is nowhere to be found for over a year and a half, and for a while, there were rumors that ConfluxXx was no more.

Reyes says he’s leading the resurgence of ConfluxXx.  In the eyes of Tibbs, he believes the Church of Tibbs is the dominant faction today.

With all the gold hanging from his shoulders, that may just be the case. 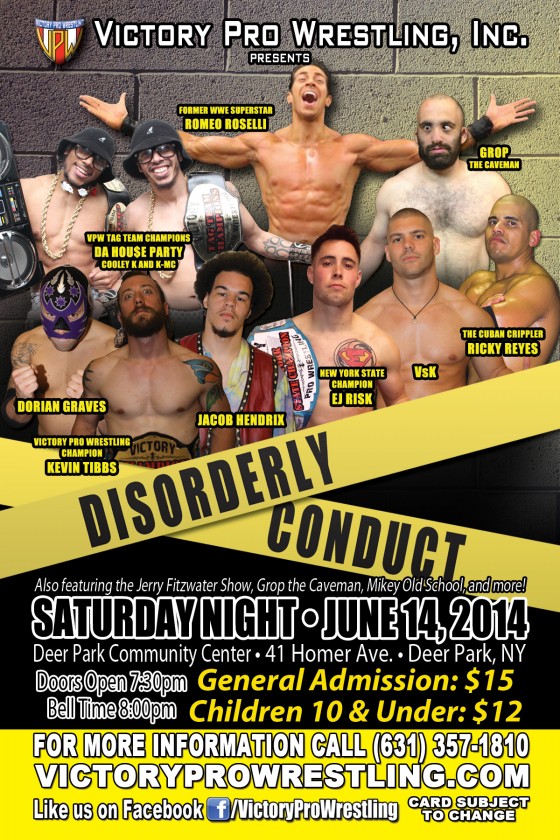 What will happen at Disorderly Conduct?