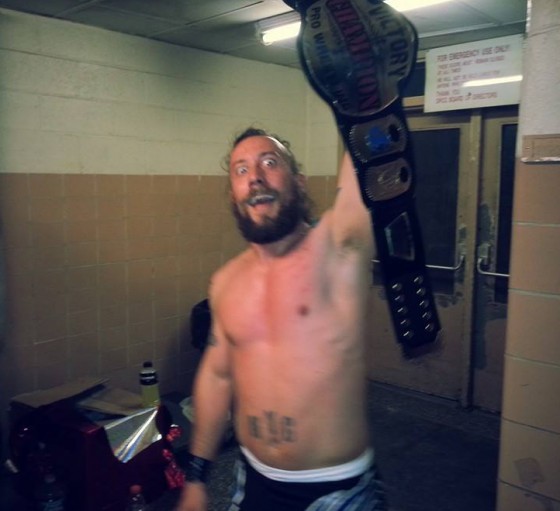 Thirteen months after losing the Victory Pro Wrestling championship, Kevin Tibbs rose to the top of the mountain by reclaiming the top prize.

And it may be the shortest reign in company history with the announcement of Tibbs’ first challenger when Victory Pro Wrestling returns to Centereach for Upper Limits 2014 on May 31.

Tibbs’ reign may end just 28 days into his second VPW championship against the man who beat him in the finals of the King of New York tournament in 2011, and a year later in 2012.

Some may speculate this opportunity is a result of Risk’s hard work ethic, dedication, and desire to be the best wrestler.  But VPW Management’s decision to give Risk a title opportunity may be a backhanded slap to the New York State champion for his role in Tibbs’ title victory at Spring Fever. 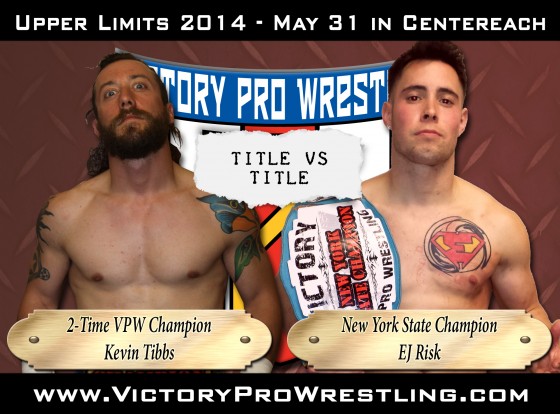 That’s because not only will Kevin Tibbs be defending his VPW championship, but EJ Risk’s New York State championship will also be on the line.

The last time a standing VPW Champion defended the title against the New York State champion was in February of 2013 when Kevin Tibbs, in his first championship reign, defended against Kevin Fulton.  The New York State title was not on the line, however.

EJ Risk’s chance at glory may cost him, and some are saying this is just the kind of corner VPW Management is hoping to put him in.

While he did not actually partake in activities that changed the match, Risk almost knocked Kevin Tibbs out with a steel chain wrapped around his fist.  VsK, the defending VPW Champion, told Risk to leave, and the distraction cost VsK the match and the title.

Is this, in fact, a way to punish the New York State champion, or is this VPW Management’s way of putting the one man Kevin Tibbs’ has historically had problems beating on the war path to end the Savior of Wrestling’s title reign? 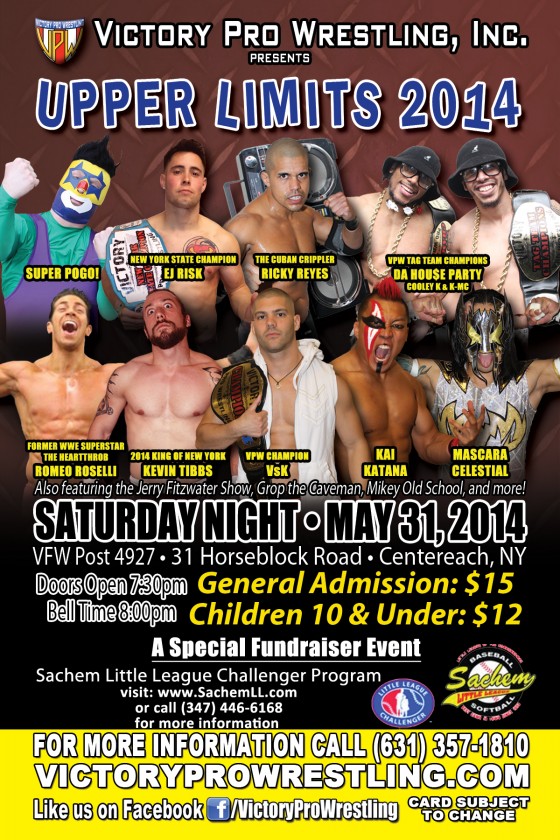