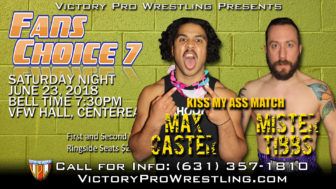 Mister Tibbs, one of the pillars that holds VPW high, faces the challenge of young upstart Max Caster.

Caster’s main goal is to rise above the fold, but has been antagonizing Tibbs with mind games, kissing him during matches or after post match attacks.

After several months of harassment, Tibbs has said enough is enough and at Fans Choice 7, it’ll be Caster kissing Tibbs one more time, if the former VPW Champion has his way.

The loser of the match will have to kiss the ass of the winner, and Mister Tibbs doesn’t want to lose this match. 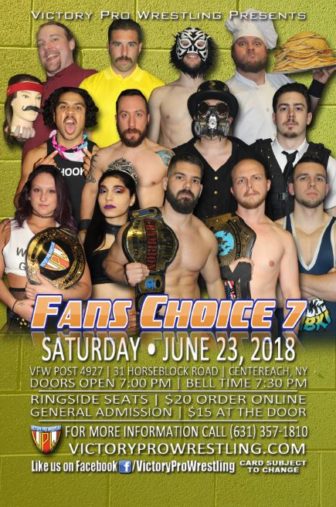