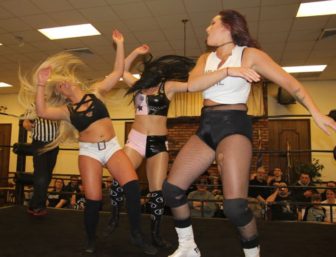 The champion was looking forward to a good match with an up and coming star, a woman nobody expected to win the inaugural Queen of New York tournament in February.  Instead, she got a message.

Never to back down from a challenge, White Girl accepted.  With the numbers against her, she proved why she is one of the best women wrestlers by not only keeping up with Antoinette Marie and Cali Love, but by overcoming them and picking up the win.

The question now remains:  Will Sam L’Eterna show up to Centereach on April 28?  Wrestling fans are split, with some saying that she’s afraid of White Girl and others saying that she’ll have something planned to take what she feels is rightfully hers.

What will happen April 28 when Victory Pro Wrestling returns to Centereach for Spring Fever? 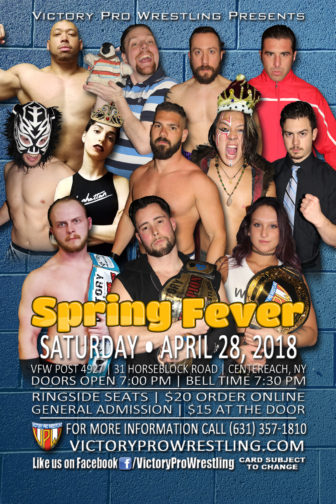