Eric James is one of the most charismatic wrestlers to step foot in Victory Pro Wrestling.

James had to sit on the sidelines due to a back injury that almost retired him from wrestling, but that did not stop him.  James became the first VPW Commissioner, and while running the show James prepared for a comeback.

BEFORE THE STORM – FEBRUARY 22 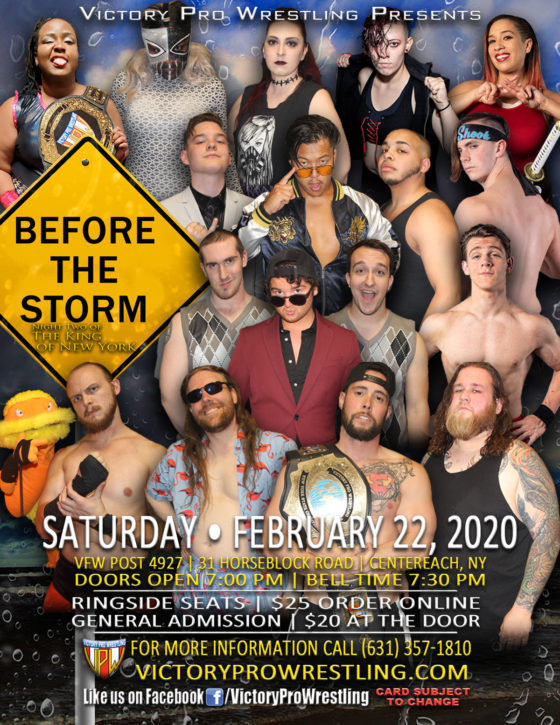 Check out VPW’s King of New York: Night One featuring