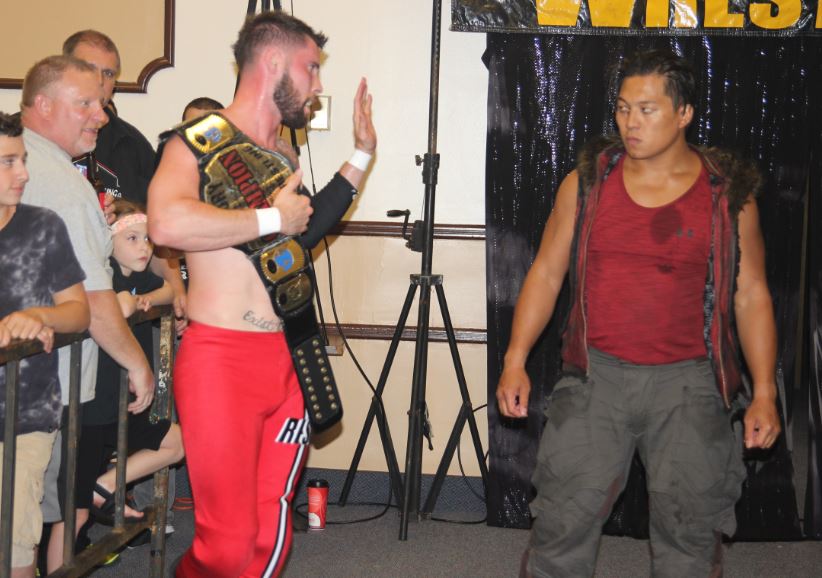 The Commish talked about contracts, rules, and loopholes, and then announced that Jay Delta was the true New York State Champion. Gibki was not pleased with the announcement, but Fulton wasn’t done. He then brought out a new championship belt for Delta, and introduced his new manager…

Gibki announced that later on tonight, he would go in as the real champion, and leave as the New York State Champion. 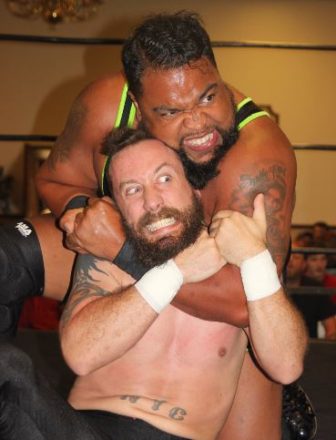 After the match, Andre tried to show Pancake the right thing and give him his hand, while Hendrix shouted at him to beat him down. Pancake and Andre shook hands, and Hendrix smacked the hands. Andre didn’t take to that, so he hit Hendrix with a double choke slam. Pancake followed up with a Pancake splash to the delight of the fans! 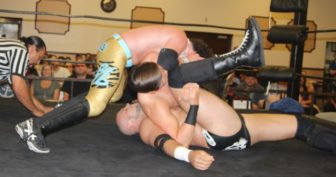 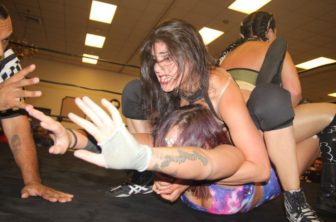 Hughes was not happy that he did not get the win, and everyone’s favorite drunk became everyone’s least favorite angry drunk and attacked Grammar Cop. Fighter Cat, on his way to the back, almost kept going, but decided to save Grammar Cop instead. 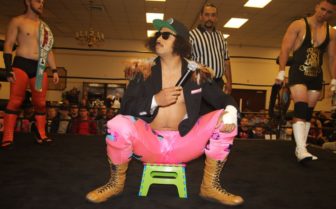 After the match, Delta attacked Gibki.  An unknown man wearing a hooded sweatshirt darted into the ring, revealing himself to be Tony Vincita, Gibki’s former tag partner.  He attacked Delta and sent him packing, and an awkward reunion of the former Down Boyz took place. 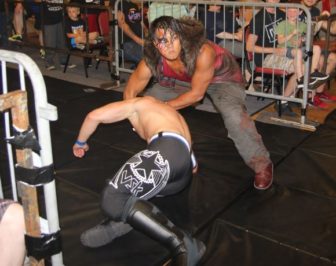 After the show, Kai Katana was seen talking with a camera crew about no longer being Kai Katana.  What does that mean? 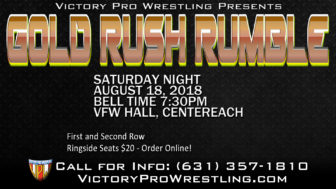 Get your tickets Monday morning at 9am
$20 pre-sale for First and Second row
Get in early and reserve your seats!