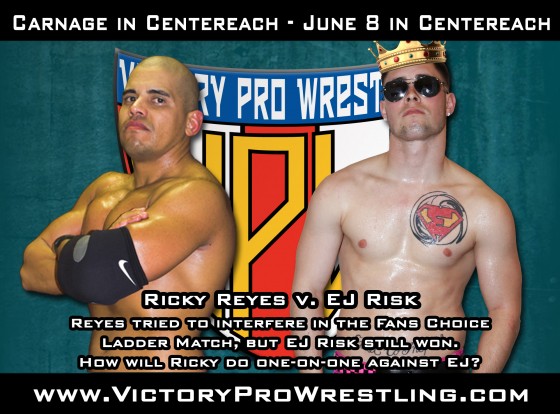 At the Fans Choice show in Deer Park, with the Crown of New York high above the ring, Reyes again came out to cause havoc, but with an assist from Amazing Red, the distraction was minimal, and Risk was able to climb to the top of the ladder and reclaim what he feels is rightfully his.

After the match, realizing what happened, he called out his former partner, saying that he beat Delta, now he was going to finish the job at Carnage in Centereach.  Can EJ Risk take out his former tag team partner, or will Ricky Reyes show EJ Risk why he is known as the Cuban Crippler?