“K-Fresh” Kevin Fulton, one half of the Funky Fresh Boyz, former New York State Champion, and one of the most popular wrestlers on the VPW roster turned his back on the world when he attacked EJ Risk with a #LeftyLandLariat and showed his allegiance with Ricky Reyes and ConfluxXx.

After the 8 Year Anniversary show “Blood Sweat & 8 Years” March 8, the revived ConfluxXx had a message for EJ Risk and his New York State Championship. 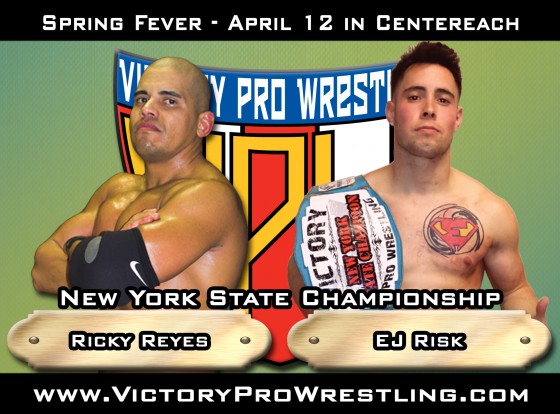 With Kevin Fulton now in ConfluxXx, and Jay Delta making his return, how does this fare for EJ Risk?

This is an interesting twist to the EJ Risk story, as he himself was once a part of ConfluxXx.  Exiled a year earlier, he rose to become the 2013 Gold Rush Rumble winner and became the New York State Champion in February.

Reyes, a former ROH World Tag Team Champion before coming to VPW in 2009, has held the New York State championship before.

He also was VPW Tag Team Champion with.. EJ Risk.