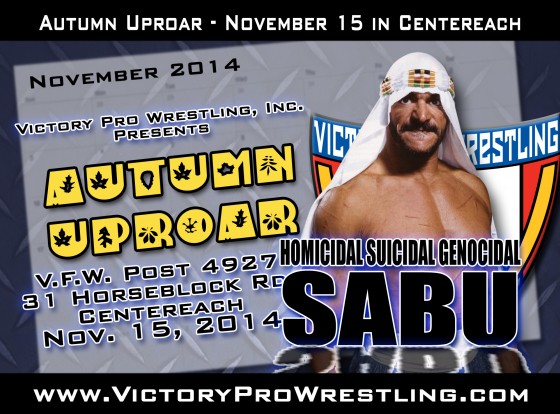 It was one of many announcements made by new VPW Commissioner EJ Risk at September Salvation: VPW’s Kai Katana will face ECW and NWA former world heavyweight champion Sabu when Victory Pro Wrestling returns to Centereach in November!

Ever since Katana joined VPW in 2012, he has run through opponents and chalked up victories against some of the rosters top stars.  The former New York State champion had a dominating reign as champion before finally losing the title earlier this year, but his appetite for destruction has not let off.

Will Sabu be able to stop Katana in his tracks, or will the challenge of one of wrestling’s most unpredictable performers only make Katana more dangerous?