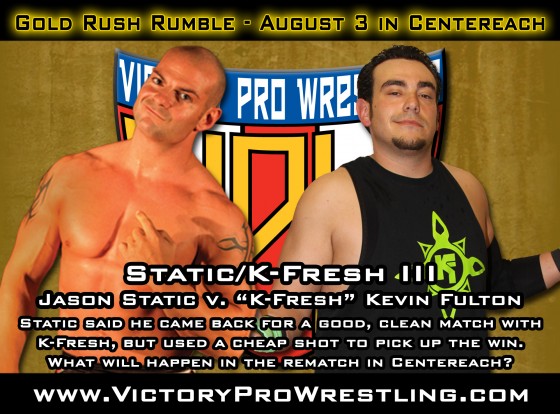 Combined, these two have held the top two titles in Victory Pro Wrestling for half the time that VPW has been open. They are both clearly champions.

That’s the only thing they have in common.

Kevin Fulton’s tag team title reign came with the help of his then-best friend “K-Funk” Kevin Tibbs. Their love for the fans and the fans support of the Funky Fresh Boyz was a given. When Fulton defeated Ricky Reyes for the New York State Championship, the fans’ undying support for “K-Fresh” continued.

When Jason Static tore his pectoral muscle in September 2012, it was in the tail end of his match with Kevin Fulton. The injury, and the fans support of the former champ when he was carted out by the medical staff, overlooked the fact that earlier in the night he knocked out Fulton with the New York State Title in an incident that set the match up in the first place. 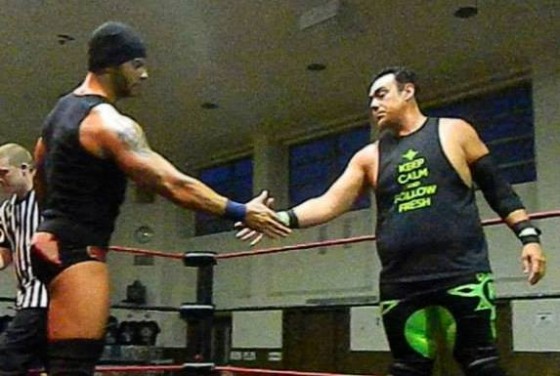 Upon his return, Static’s first goal was to set the record straight, in his words, and to let both Fulton and the fans know that he wasn’t there for revenge, that he was there to perform for the VPW fans that were there for him 10 months earlier.

A clean match, with Fulton and Static going back and forth, had the momentum start to lean towards “K-Fresh” until Static claimed to hurt his arm again. The referee tried to call to stop the match, but Static quickly jumped up and clocked Fulton, rolling him up for a pinfall.

Static then told the fans that he fooled everyone, including Fulton, and that he didn’t need anyone.

Fulton replied with a challenge at the Gold Rush Rumble to show Static that while he may have got him in Deer Park, that when they meet in Centereach, “K-Fresh” will be victorious.