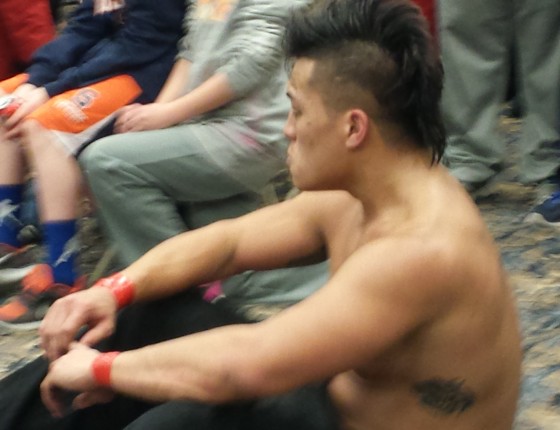 The once dominant Kai Katana who decimated “K-Fresh” Kevin Fulton sat in the crowd after failing to sneak and cheat a win from EJ Risk, costing himself the New York State Championship.

At Blood Sweat & 8 Years, the Asian assassin’s rematch clause gives him a chance to become champion again.  But which Kai Katana will show up?

It was May of 2012 when he first made his impressive debut, finishing off Alex Anthony with a gravity defying moonsault that shocked the fans in Islip after months of attacking VPW superstars Brian XL and El Conquistador.

In September of that year, he stood eye to eye with VsK and battled inside a potential match of the year candidate steel cage war.

May of 2013, just one year after his first professional match, was the beginning of the Katana era as he annihilated “K-Fresh” Kevin Fulton in a one sided mugging to win his first singles championship. 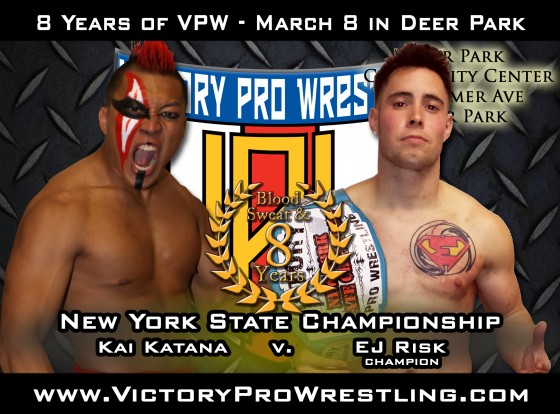 But something was different with the challenge of EJ Risk.  Katana started showing a different side, a more devious side, one willing to do anything to win, regardless of the morals.

With cheap wins over EJ Risk and then Brian XL, the once dominant super villain showed weakness, perhaps even fear, of losing the New York State Championship.

EJ Risk will defend his new championship against Kai Katana when Victory Pro Wrestling presents Blood Sweat & 8 Years in Deer Park on March 8.  Has losing the New York State Championship given Katana a new edge, or will EJ Risk make him humble with another loss?