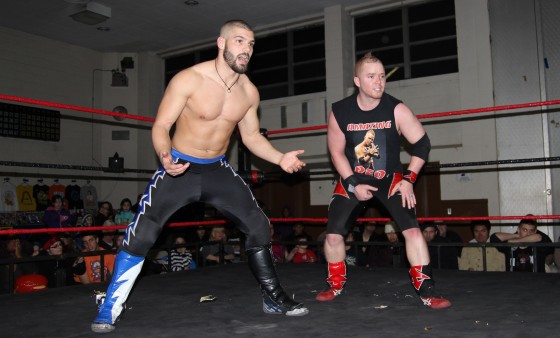 A post match celebratory assault on Amazing Red by the Church of Tibbs brought out the fire of VsK.

The Savior of Wrestling Kevin Tibbs believes that he is the true Victory Pro Wrestling champion. At the 2014 King of New York, he earned a shot at the VPW Championship and will face VsK in March for the top prize. 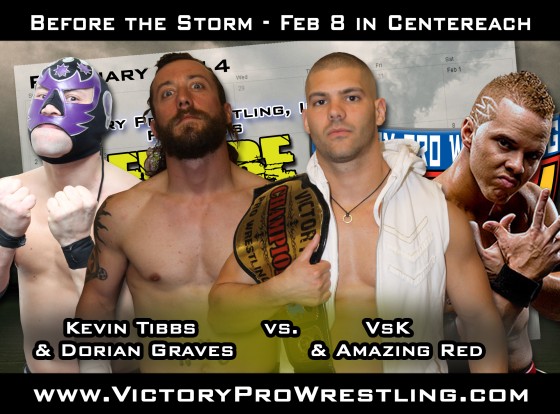 But at Before the Storm, February 8 in Centereach, Tibbs and Dorian Graves will team together to face VsK and the man Tibbs beat in the finals of the King of New York tournament – Amazing Red.

Amazing Red was on his way to becoming the 2014 King of New York, but the wily Tibbs used outside distractions and a referee that couldn’t control the action to his advantage to score the win.

After the victory, Tibbs and Graves attacked Red. Enter: VsK.

Chasing the Church of Tibbs from the ring, VsK made the challenge that at Before the Storm, they’d meet again.

Is this a wise move by the VPW Champion? Both Tibbs and Graves will be in the ring together, and they could do some damage a month prior to VsK’s title defense. Even with Amazing Red in his corner, is that enough?