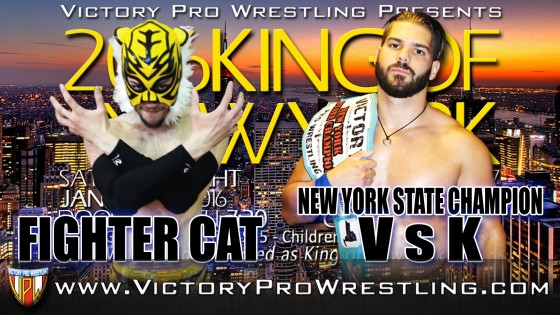 Can Fighter Cat overcome the odds and claw his way and become New York State champion?

Fighter Cat announced that he would face VsK for the New York State Championship at the 2016 King of New York. He earned this right by outlasting everyone else in the Gold Rush Rumble in August.

But does he have what it takes to beat VPW Commissioner EJ Risk’s best friend and hand picked champion?

We’ll find out when the 2016 King of New York comes to Centereach Saturday January 16.