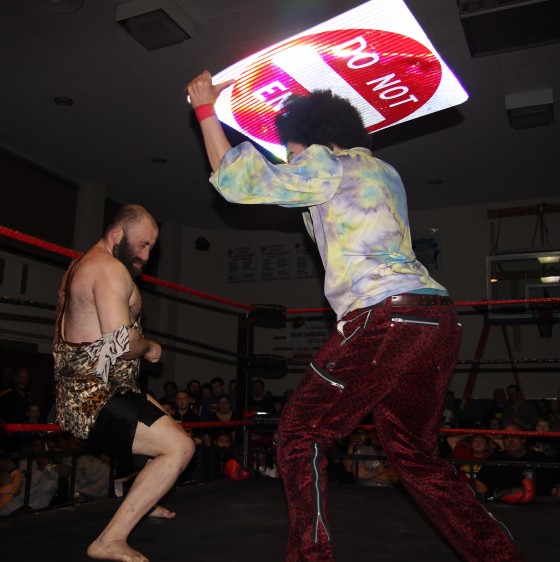 Jacob Hendrix, one of the disciples of the Church of Tibbs, is determined to rid VPW of Grop the Caveman, and at Spring Fever he’s putting his career on the line in a boxing match to do just that.

When Grop the Caveman came to the ring at the Blood Sweat & 8 Years anniversary show, he came to the ring with boxing gloves.  Mocked by Hendrix, Grop was attacked to start the match with a smack heard all over Long Island.

His sheer power was scary, out of control, and downright unbelievable, but Hendrix picked up the win.

After the match, Hendrix, egged on by Kevin Tibbs, attacked Grop with a metal sign.  He then challenged Grop to a boxing match in Centereach, going so far to put his own career on the line.