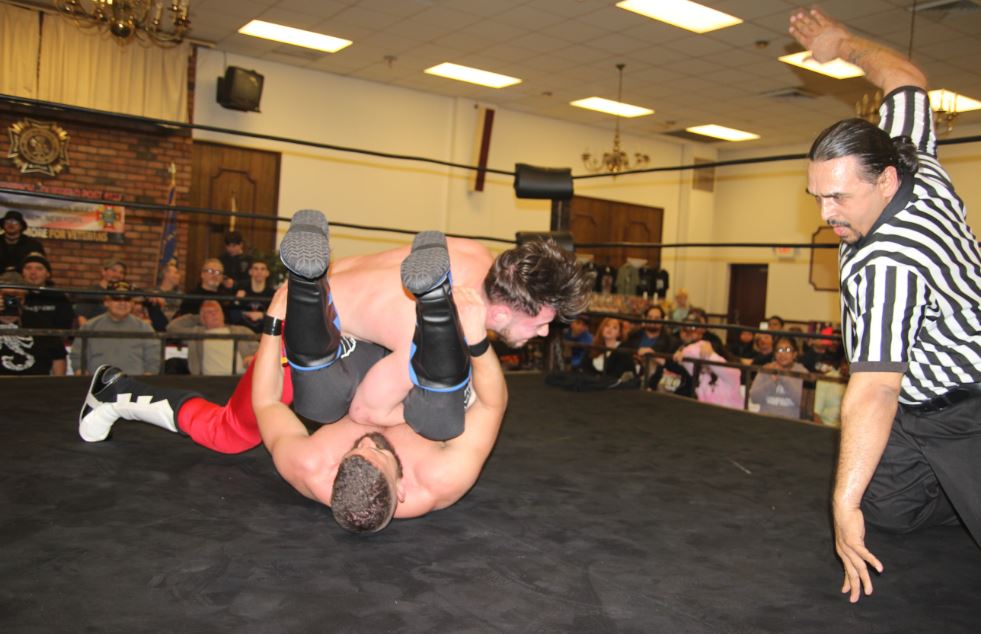 After the championship matches and special guest The Hurricane were announced, Kevin Fulton and Jay Delta came to the ring.  Delta ran down The Hurricane, with everyone’s focus on the past, when he is the present.  He talked about his championship history, declaring himself as a Grand Slam champion before calling out The Hurricane for a match later that night.

After the match, Caster attacked Tibbs, and then kissed him on the cheek.

After the match, Delta and Fulton attacked The Hurricane, but after a double choke slam, Hurricane stood tall.

Fighter Cat came to the ring because he did not have a match, so he called out anyone in the locker room to challenge him to a fight.

After the match, Coach Mammone attacked Fighter Cat, then shouted at Razzle Dazzle, “This is how it’s done!”

Razzle Dazzle was stunned, but slowly followed Coach Mammone to the locker room.

What will happen April 28 when Victory Pro Wrestling returns to Centereach for Spring Fever?. 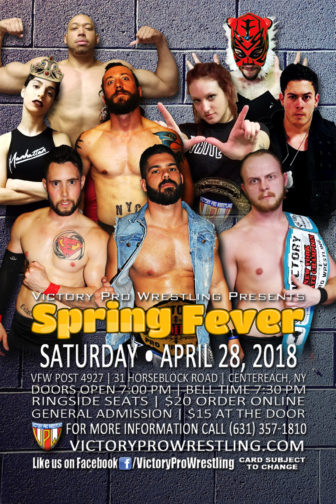